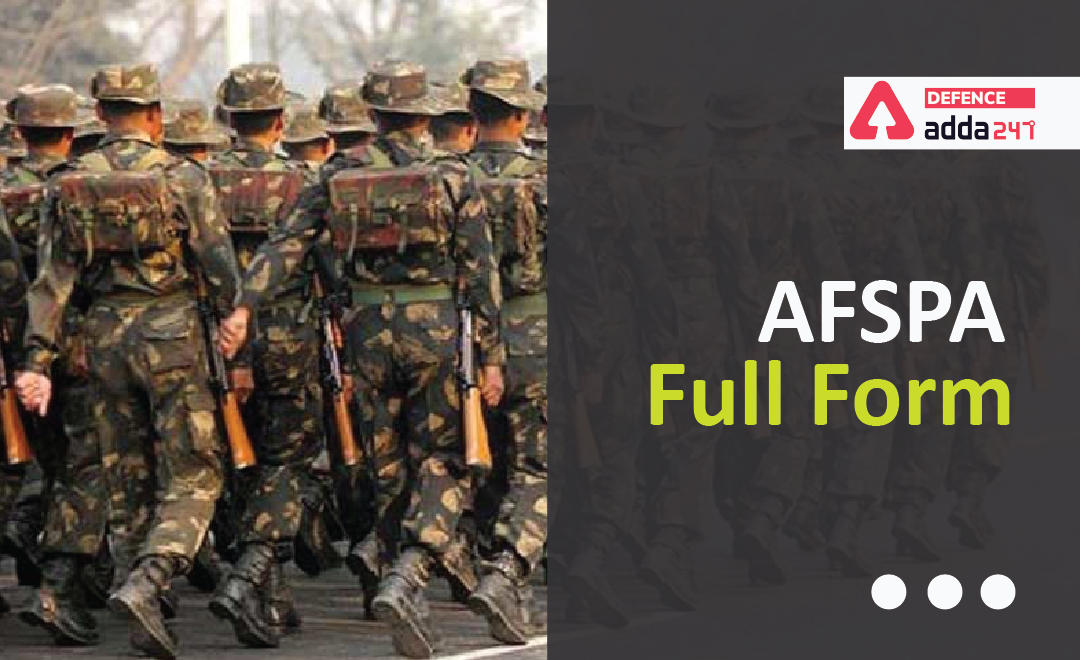 AFSPA stands for Armed force special power act which empowers the armed forces to maintain law and order in the “Disturbed Areas”, they become empowered to prohibit gathering of more then 5 peoples in an area, they can use force or even open fire after giving due warning if a person is in  suspected in contravention of the law. If suspensions hold ground, The army can also arrest a person without a warrant; enter or search a premises without a warrant; and ban the possession of firearms without being answerable to anyone.

The person arrested or taken into custody can  be handed over to the officer in charge of the nearest police station along with a report detailing the circumstances that led to the arrest.

For the very First time The British Colonial Government promulgated the Armed forces Special power Ordinance on 15 august 1942 to suppress the Quit India movement, After that on 1947  the United provinces Disturbed Areas  Ordinance were invoked by the Indian government to counter the unrest due to partition,The Armed Forces Special Powers Ordinance 1958 was promulgated by the President Dr. Rajendra Prasad on 22 May 1958. It was replaced by the Armed Forces (Assam and Manipur) Special Powers Act, 1958 on 11 September 1958 and from that time many states have been put under this act to maintain peace.

The Areas which are mentioned in the notification under Section 3 of the AFSPA are Disturbed areas . An area can be disturbed  based on the following reasons

The Central Government, or the Governor of the State or administrator of the Union Territory Has the right to declare the whole or part of the State or Union Territory as a disturbed area. A suitable notification needs to be made in the Official Gazette. As per Section 3 , it can be invoked in places where “the use of armed forces in aid of the civil power is necessary”.

According to The Armed Forces (Special Powers) Act, 1958. (i) The Governor is empowered to declare any area of the State as “disturbed area'

What is a disturbed area?

Q3. What is the AFSPA Full Form in Hindi?