Important Days In June 2020: Each day is important and holds a great deal of importance in our lives. Each month has a festival, a historically significant day, or a day of national importance, every month has some special days. This is why adda247.com/jobs brings to our readers a list of important days in June.

June is the sixth month of an annual year which consists of 30 days overall and is named after Roman goddess Juno. Keeping a tab on important days help us stay updated as well as come in handy for one’s preparation for competitive exams.

This list will not only provide you glance at important days of the year but also boost your general knowledge and help you in the preparations of several competitive exams. Let’s have a look at the Important Days and Dates in June. 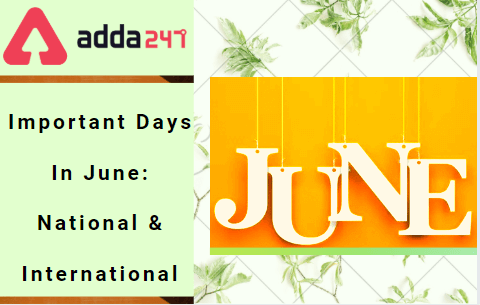 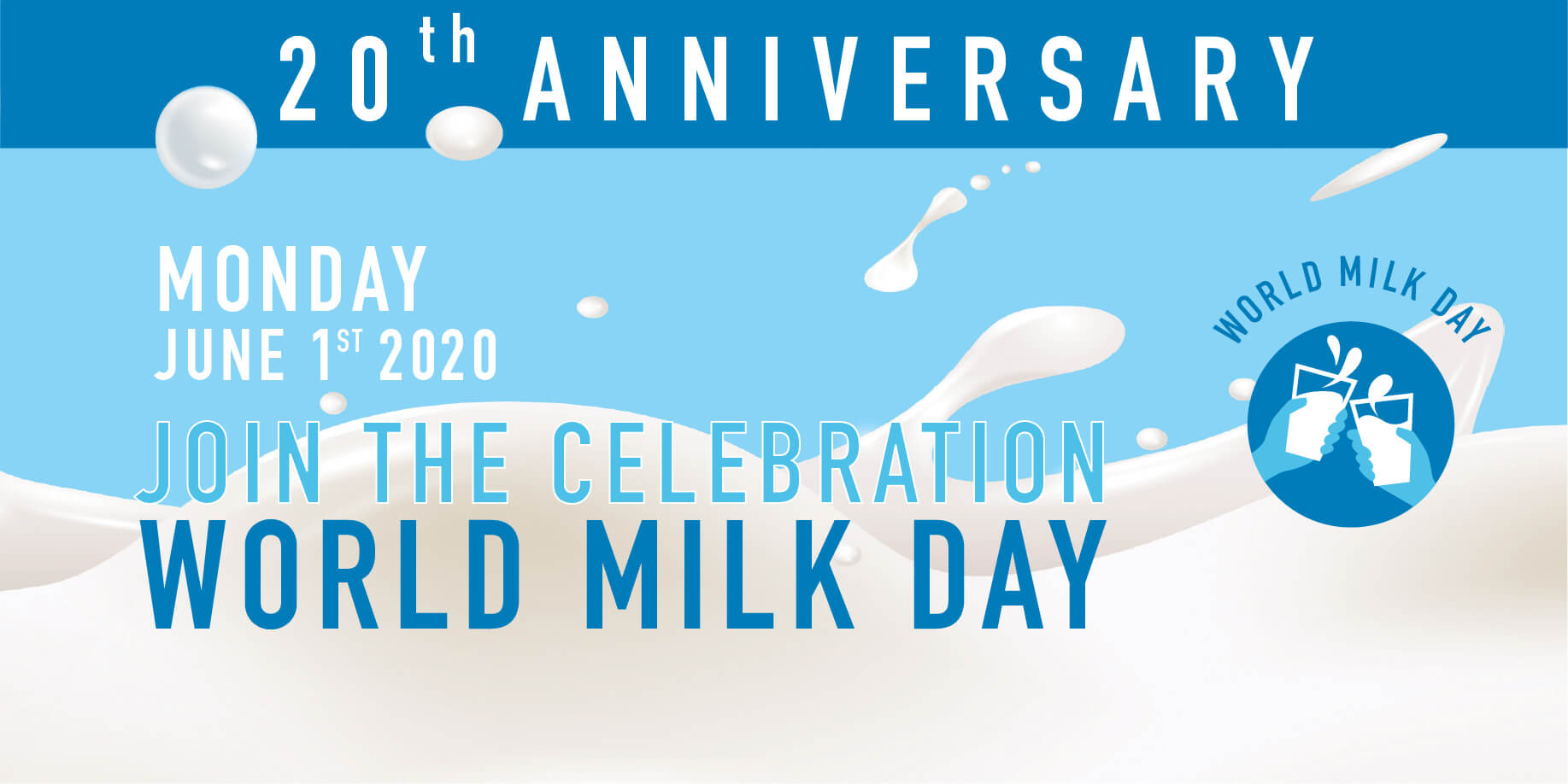 ‘World Milk Day’ is observed to acknowledge the contribution of milk and other dairy products in the society in relevance to economic growth and development as the dairy sector helps in the sustainable development of the nation.

Global Parents Day is celebrated on 1st June every year. ‘Global Day of Parents’ is celebrated in order to aptly recognize and honor parents across the globe for their selfless love and lifelong support towards their children.

‘The International Sex Workers Day’ is celebrated post-June 2,1975 after 100 sex-workers came together and raised concerns regarding their dishonorable working conditions and work ethics. Unfortunately, the Church of Sant-Nizier in Lyon, France where they assembled was callously raided by police officials. This event further became a topic of national concern and since then the day is observed to preserve the rights of sex-workers on a global scale.

The ‘Telangana Formation Day’ is celebrated on June 2nd to commemorate the day when the then 29th State in India was added in the country in 2014. The capital of Telangana is Hyderabad. 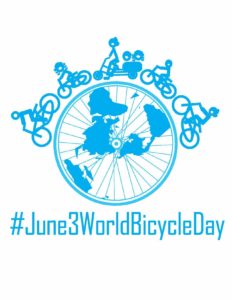 The General Assembly of UN announced June 3rd to be celebrated as International World Bicycle Day. It is celebrated to recognize the versatility and environment-friendly nature of bicycles as a means of transport.

‘The International Day of Innocent Children Victims of Aggression’ is observed each year on June 4. It is a day to raise awareness about children who have faced harassment whether it is physical, mental and emotional abuse in their lives, and eradicate such a practice from society.

Out of all important days in June, this day is the one that is of utmost importance to nature. World Environment Day is also known as: Eco Day or Environment Day. This day is celebrated throughout the world to create awareness regarding the protection of the environment around us. 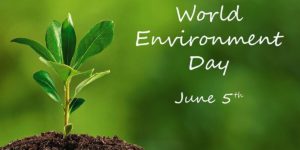 The theme for World Environment Day 2020 is, ‘Time for Nature’, with a focus on its role in providing the essential infrastructure that supports life on Earth and human development. It is the United Nations’ principal vehicle for encouraging awareness and action for the protection of our environment.

WHO, in collaboration with the Food and Agriculture Organization of the United Nations (FAO) is pleased to facilitate Member States’ efforts to celebrate the World Food Safety Day.

‘The World Brain Tumour Day’ is observed on June 8 each year in order to draw people’s attention globally towards the disease of Brain Tumor. This day was first observed by the German Brain Tumour Association (Deutsche Hirntumorhilfe e.V.). It is a non-profit organisation which raises public awareness and educates people about the brain tumour.

The Government of India has introduced National Programme for Prevention and Control of Cancer, Diabetes, Cardiovascular diseases & Stroke with the objectives of prevention, screening, early detection, diagnosis, and treatment including palliative care in end-stage for the major non-communicable diseases. 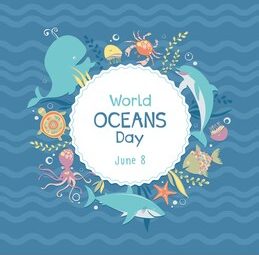 Each year on 8th June World Oceans Day is celebrated to draw the attention of the people towards the oceans and aquatic life. It is a day to spread awareness towards the conservation of oceans and preventing it from water pollution.

The concept was originally proposed in 1992 by Canada’s International Centre for Ocean Development and the Ocean Institute of Canada at the Earth Summit – UN Conference on Environment and Development in Rio de Janeiro, Brazil.

On 12th June, World Day Against Child Labour is observed to focus attention on the global extent of child labour and the action and efforts needed to eliminate it. It was launched in the year 2002.

The World Day Against Child Labour is an International Labour Organization-sanctioned holiday first launched in 2002 aiming to raise awareness and activism to prevent child labour.

Every year on 14th June, World Blood Donor Day is celebrated. The event was established in 2004 to raise awareness of the need for safe blood and blood products. This day also thanks and acknowledges the blood donors for their voluntary, life-saving gifts of blood.

Global Wind Day is an event that is celebrated on 15th June worldwide. It is a day for discovering wind energy, its power and the possibilities it holds to reshape our energy systems, decarbonise our economies and boost jobs and growth. 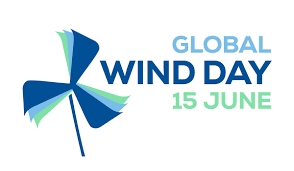 It is organized by WindEurope and GWEC. It is a day when wind energy is celebrated, information is exchanged and adults and children find out about wind energy, its power and the possibilities it holds to change the world

World Elder Abuse Awareness Day (WEAAD) is commemorated in America and around the world. Through WEAAD, we raise awareness about the millions of older adults who experience elder abuse, neglect, and financial exploitation.

This day also reminds people of the progress made by the countries on sustainable land management and what should be done in the world so that land degradation neutrality will provide a solid basis for poverty reduction. 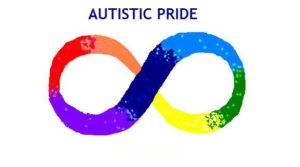 The aim of this day is to raise awareness amongst those who are not on the autistic spectrum disorder so they do not see autistic people as requiring treatment, but as unique individuals.

Sickle Cell Disease affects the hemoglobin level in our body in a massive way, which leads to low oxygen in our body. In order to create awareness about this disease, the ‘World Sickle Cell Awareness Day’ is celebrated each year on June 19.

The ‘World Sauntering Day’ is also celebrated on June 19th across the globe to remind people that life is beyond worries, and one should enjoy it to the fullest. 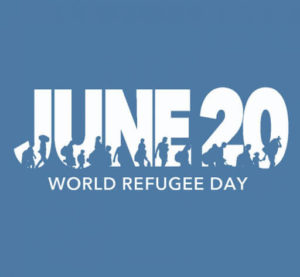 World Refugee Day is celebrated each year on 20th June. It is commemorated to honor all refugees, raise awareness, and solicit support.

On 4 December 2000, the United Nations General Assembly in Resolution 55/76 decided that from 2000 onwards, June 20th would be celebrated as World Refugee Day. In this resolution, the General Assembly noted that 2001 marked the 50th anniversary of the 1951 Convention relating to the Status of Refugees.

‘World Music Day’ is celebrated on June 21. It is also known as Make Music Day. 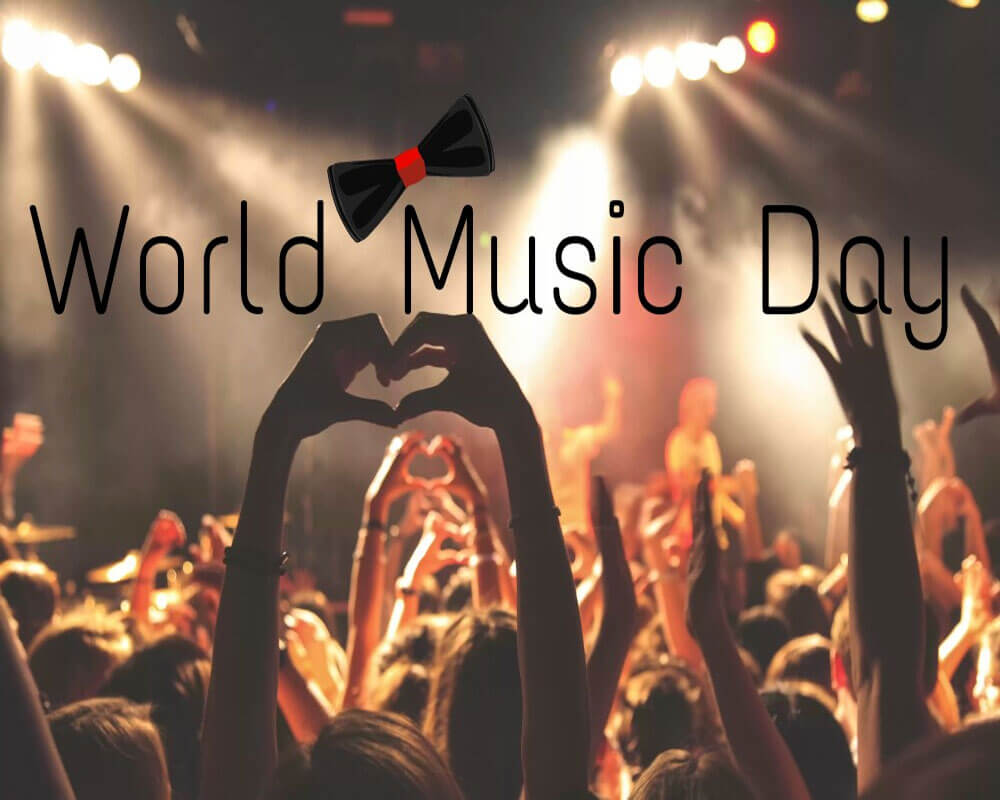 The Fête de la Musique, also known in English as Music Day, Make Music Day or World Music Day, is an annual music celebration that takes place on 21 June. On Music Day the citizens of a city or country are allowed and urged to play music outside in their neighbourhoods or in public spaces and parks. Free concerts are also organized, where musicians play for fun and not for payment.

The first all-day musical celebration on the day of the was originated by  Jack Lang, Minister of Culture of France, as well as by Maurice Fleuret; it was celebrated in Paris in 1982. Music Day later became celebrated in 120 countries around the world. 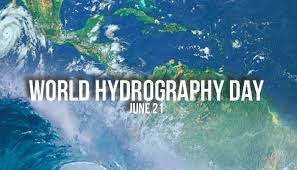 The World Hydrography Day is celebrated on 21 June every year. This day was adopted by the International Hydrographic Organization (IHO) as an annual celebration to publicise the work of hydrographers and the importance of hydrography. It also increases awareness about the protection of safe navigation and marine life protection.

The International Day of Yoga is celebrated annually on 21 June since 2015. Yoga is a physical, mental, and spiritual practice that originated in India. The Indian Prime Minister, Narendra Modi, in his UN address on 27 September 2014 suggested the date of 21 June, as it is the longest day of the year in the Northern Hemisphere and shares a special significance in many parts of the world. 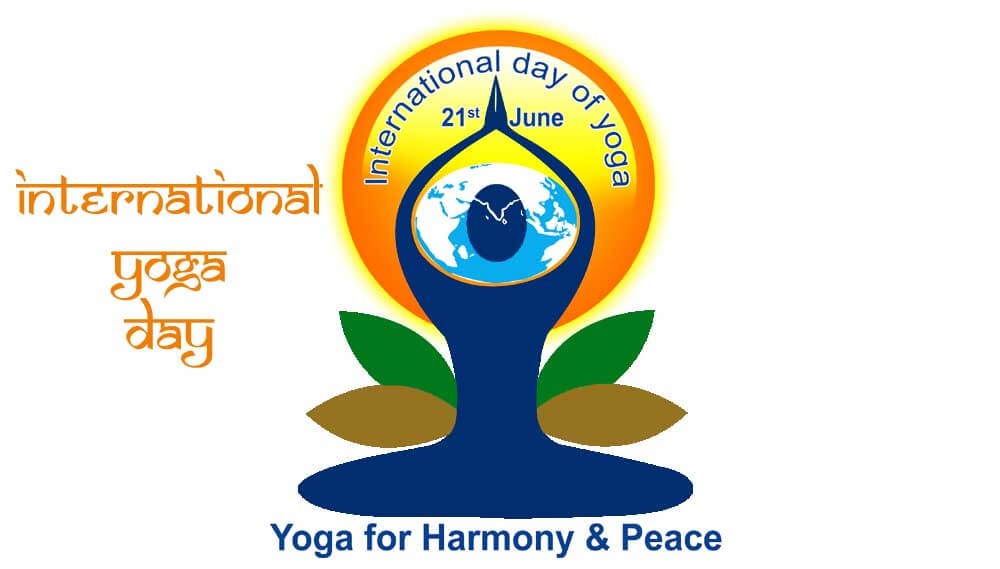 “Yoga is an invaluable gift of India’s ancient tradition. It embodies unity of mind and body; thought and action; restraint and fulfillment; harmony between man and nature; a holistic approach to health and well-being. It is not about exercise but to discover the sense of oneness with yourself, the world and the nature. By changing our lifestyle and creating consciousness, it can help in well being. Let us work towards adopting an International Yoga Day.”

Following this initial proposal, the UNGA held informal consultations on the draft resolution, entitled “International Day of Yoga”, on 14 October 2014. The consultations were convened by the delegation of India.

Note: In 2015 Reserve Bank of India issued a 10 rupees commemorative coin to mark the International Day of Yoga.

World Fathers’ Day is celebrated every year on the third Sunday in June. For 2020, the 3rd Sunday falls on June 21. Father’s Day is a day of honoring fatherhood and paternal bonds, as well as the influence of fathers in society. The day is celebrated with a lot of enthusiasm internationally.

‘International Olympic Day’ is observed on June 23 to draw people’s focus on the significance of sports in regular life. The aim of International Olympic Day is to promote mass participation in sports. Based on the three pillars “move”, “learn” and “discover”, National Olympic Committees are deploying sports, cultural and educational activities that address everybody – regardless of age, gender, social background, or sporting ability. 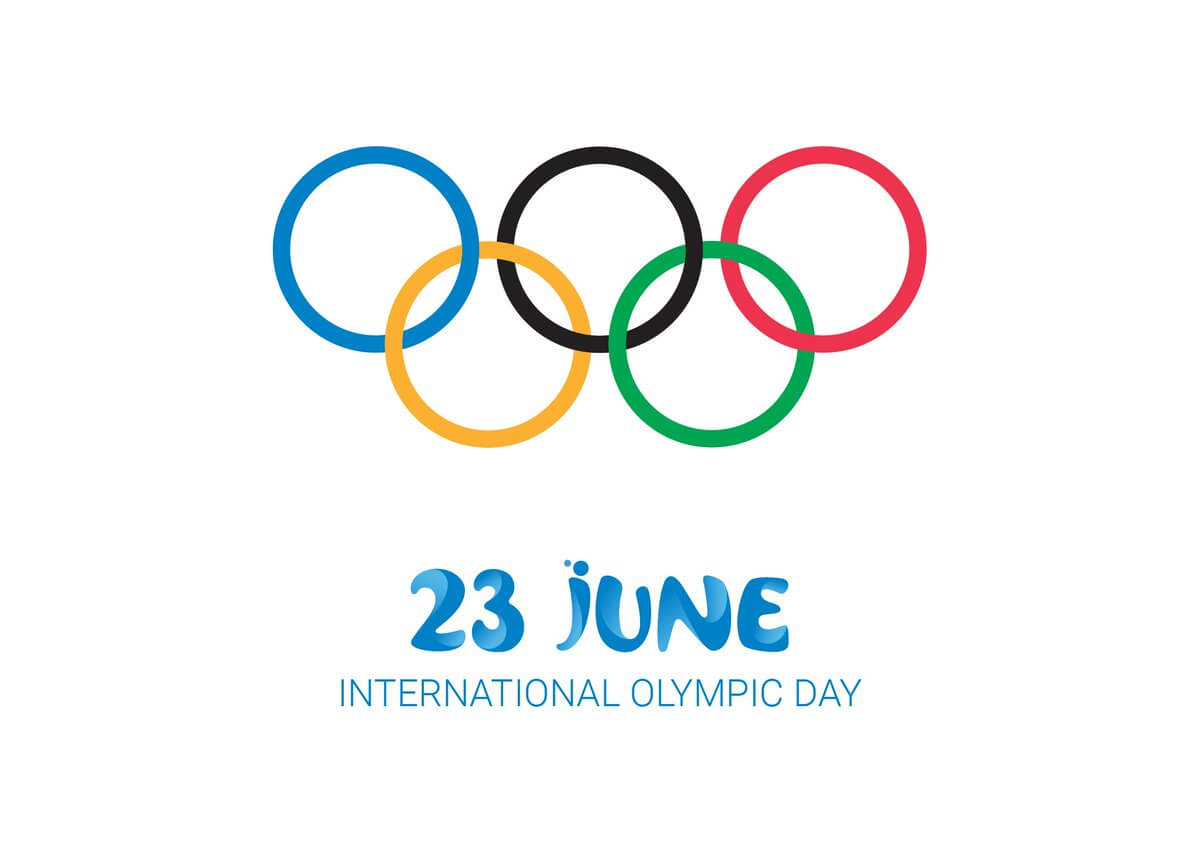 The United Nations Public Service Day is celebrated to recognize and facilitate the work of public servants towards society. The first Olympic Day was celebrated on 23 June 1948.

The United Nations Public Service Day is celebrated on June 23 of every year. The first Awards Ceremony was held in 2003 and since then, the United Nations has received an increasing number of submissions from all around the world. 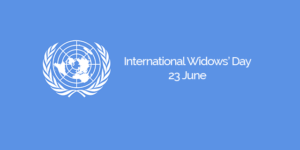 On June 23 each year International Widows’ Day is observed in order to spread awareness about human rights for widows who unfortunately suffer a lot of backlash post the demise of their respective spouses.

Drug abuse is one of the most serious health problems.  Besides causing serious diseases such as HIV, hepatitis, and tuberculosis, it has several side effects that include economic loss, antisocial behaviour such as stealing, violence, crime, and other activities. 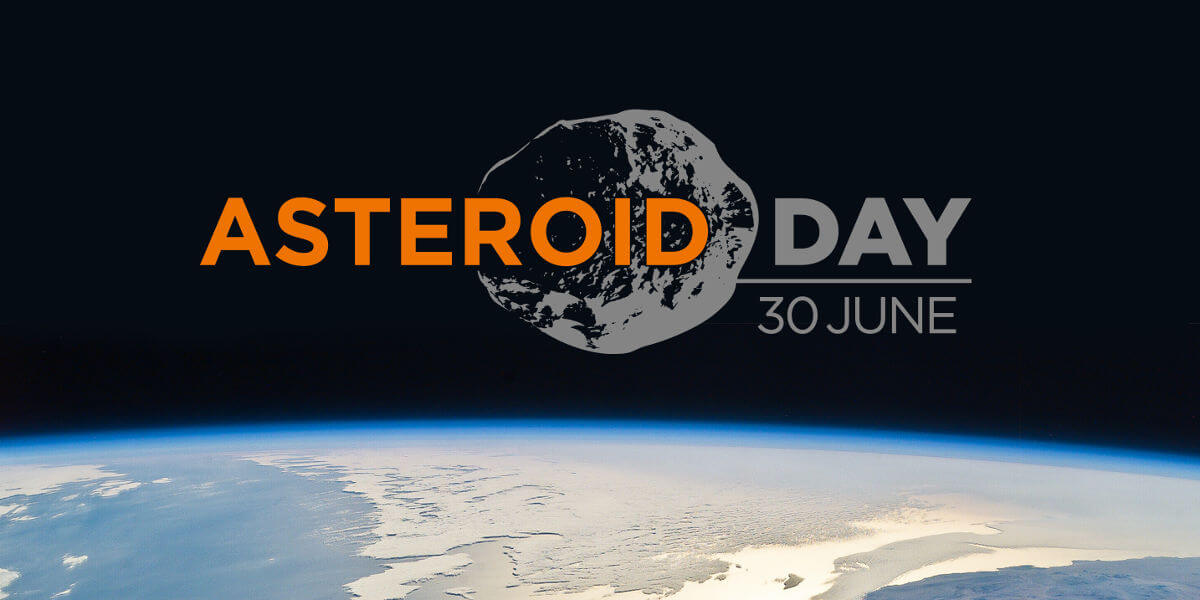 ‘The Asteroid Day’ is celebrated on June 30 every year. It is held on the anniversary of the Siberian Tunguska event that took place on June 30, 1908, the most harmful known asteroid-related event on Earth in recent history.

The United Nations has proclaimed it be observed globally on June 30 every year in its resolution.

Q. Why is memorizing important days necessary?
Ans. Memorizing the important days helps you to fetch marks in the various Govt. Exams such as UPSC Civil Services, SSC, NDA, CDS, PSC, or even Bank Exams. Moreover, it boosts your General Knowledge. It makes you aware of the national and international events occurring in India as well as the world.