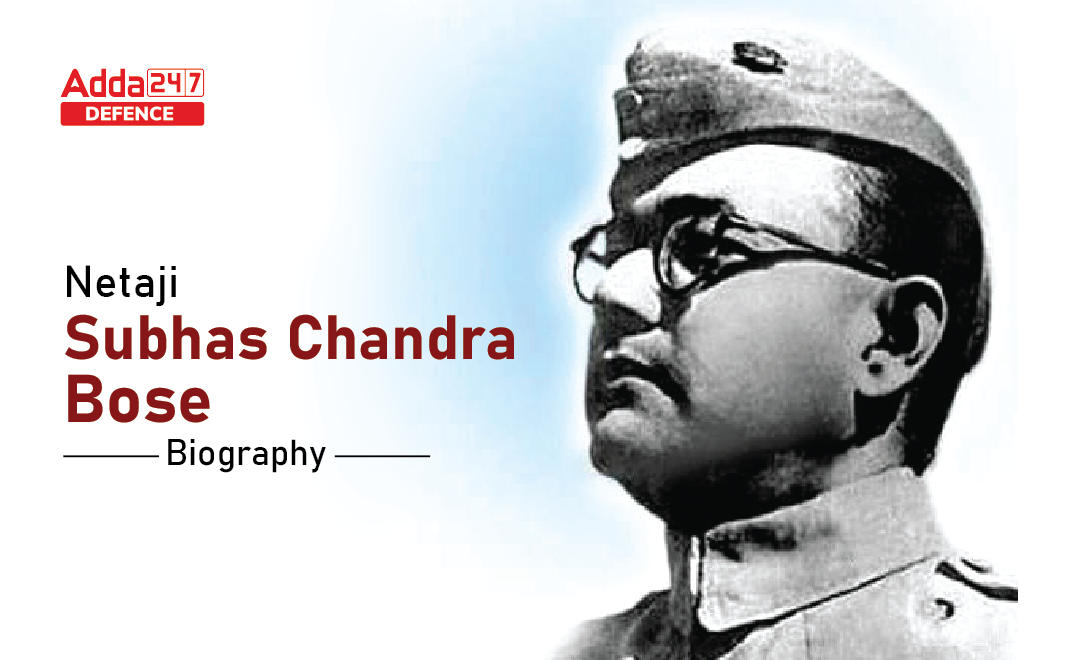 Subhash Chandra Bose was born on 23rd of January 1897 in Cuttack. His father was Janakinath Bose and mother was Prabhavati Dutt. He was an Indian revolutionary during British Era in India. His indomitable courage and defiant patriotism made him a national hero due to which he is still remembered by Indians with glory and pride.

His attempts to get rid of the British with the help of the Nazi party and Imperial Japan during the time of the second world war left him a troubled legacy.

Although he is now a well-known name to Indians, but at the time of revolution he was criticized a lot in Indian National Congress as his ideology did not match with the ideology of Gandhi, but sooner or later his sacrifices were recognised and that is the reason, in order to give more value to his contribution in the Indian Independence struggle, His birthday is now celebrated as “PARAKRAM DIWAS” in the whole nation. The day is now celebrated each year in memory of Netaji Subhash Chandra Bose, the unsung hero of the Indian independence struggle!

In this article we will know about Netaji Subhas Chandra Bose life in detail.

All total Janakinath Bose and Prabhavati Dutt were parents to 14 kids and Subhas Chandra Bose was the 9th one. He was the student of Protestant European School of Cuttack. He was a meticulous student and with his hard work he was able to get second position in the matriculation exam. Later on, He went to Presidency College (now University) in Calcutta. at that time, Teachings and philosophies of Swami Vivekananda and Shri Ramakrishna Paramhansa Dev influenced him a lot as he used to read their works with great interest.

He was expelled from the college on the basis of some false allegations which ignited a strong sense of rebellion in him and the mistreatment of Indians at the hands of the British which he observed to be happening widespread in Calcutta only added fuel to the fire. After which he took admission in Scottish Church College under the University of Calcutta and from there he had his graduation degree in Philosophy in 1918. Then He prepared for the Indian Civil Services exam after going to London with his brother Satish and with his immense power of knowledge, he cracked the exam in his very first attempt. Still he was not so happy as he knew he would now have to work under the British government. But after the infamous incident of the infamous Jallianwala Bagh massacre, He was sure that he won’t serve the English anymore and to give it an end, he finally resigned in 1921 from the Indian Civil Services to show anger and resistance to British Government.

He was the son of  Janaki Nath Bose and Prabhavati Devi. He had all total 13 siblings, 6 sisters and 7 brothers. He came from an affluent family.

Subhash Chandra Bose was the husband of a woman named Emilie Schenkel. Nobody knew a lot about this woman as Subhash used to keep his personal life private and never mentioned about it a lot in public. He also had a daughter with the name Anita bose. He could never give much of his attention and time to his family due to his contribution to the country. He never gave more priority to anything than the nation and his goal of set the nation free and that’s why he dedicated his whole life fully to the nation.

Subhash Chandra Bose initially praised Gandhi a lot and due to which he even became the member of Indian National Congress (INC) where he even started his own newspaper with the name “Swaraj” to promote the idea of self-governance and from there he began his political journey. At that time he was guided by Chittaranjan Das. He became the President of the All India Youth Congress and became the editor of the newspaper “Forward” started by C.R. Das himself in 1923. Due to his amazing leadership skills, he was even chosen as the mayor of Calcutta at that time and Not just this, In a very small period of time, He became an important and powerful part of INC. In 1928, the Motilal Nehru Committee demanded Dominion Status in India but Subhash Chandra Bose was at the side of Jawaharlal Nehru and demanded complete independence of India from the British. Gandhiji disagreed with the ideology of Subash Chandra Bose as he never wanted non-violence which he could sense in the ways of Bose.

He was even incarcerated in 1930 during the Civil Disobedience movement but was later non released along with other prominent leaders in the year 1931 when Gandhi signed the historical Gandhi-Irwin pact. For the very first time, he was elected as President of Indian National Congress at the Haripura in 1938 and again he was elected at the Tripuri Session in 1939 by defeating Dr P. Sitaramayya who was supported by Gandhi himself. He maintained strict standards during the commencement of the first World War and demanded full independence of India from the British within six months. He faced lot of criticism from Congress due to which he finally resigned from INC and made his own progressive group called the “Forward Bloc”.

Mass movement was started by him against britishers using Indian men in the wars of foreign countries and it became a huge success due to the great support but he was put under house arrest in Calcutta. That’s why He left the house in disguise in January 1941 and moved to Germany via Afghanistan and there he met the Nazi leader and asked him to help India in getting free from British Rule. Later on, He even sought help from Japan as he knew that these were enemy countries to Britain at that time and it would be easy to garner their support against Britishers.

He reached Singapore in July 1943 where he met Rash Behari Bose who was also struggling for Indian Independence Movement. So, he joined him and organized the Azad Hind Fauj aka Indian National Army. And at that time he even got the title “Netaji”. There he tried his level best in putting efforts to set India free but he could not get that success which was needed. The INA liberated the Andaman and Nicobar islands but when it reached Burma, there plan failed miserably due to bad weather conditions. In addition to this, defeat of Japan and Germany in the Second World War also proved to be a huge below in his journey of Indian Independence movement. It is believed that he was killed in a plane crash in Taipei, Taiwan on August 18, 1945 but according to some theories it is also believed that he was still alive for many years after that.

Obviously this man lived a life of indomitable courage and glory which is being remembered till now. We as the citizen of free India owe him a lot and for that we should never forget the sacrifices of such revolutionaries who never though twice before dedicating their whole life to the nation.