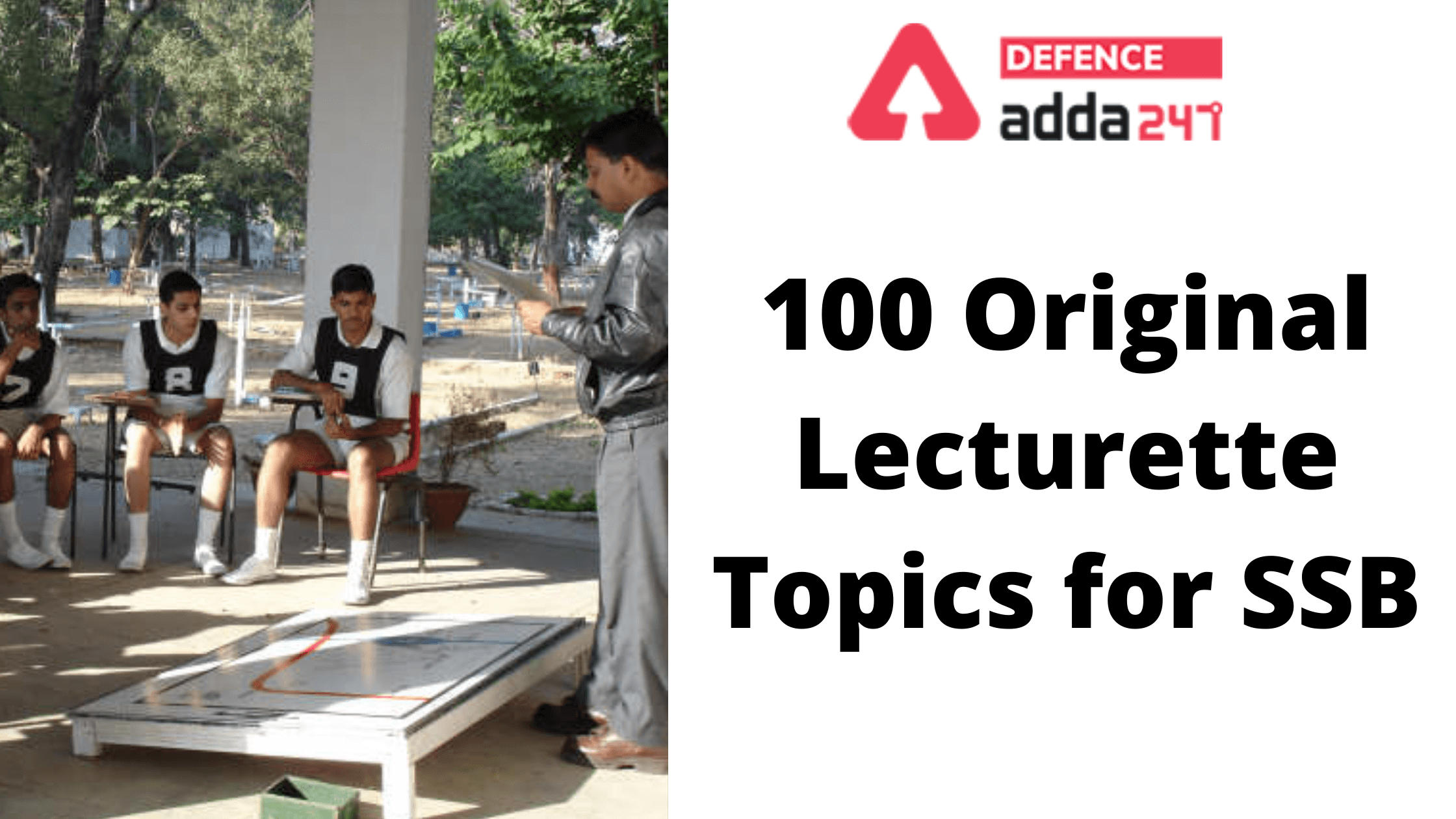 Many defence aspirants are always keen to know about the Lecturette topics for SSB Interview and how to deliver SSB Interview Lecturette. Indeed, lecturette is very important individual task in which many officer like qualities are assessed .

How well the candidate is able to express his/her thoughts to his team in time pressure is seen in the lecturette part. Lecturette is one of the task which is conducted during GTO Technique on day 2 of GTO tasks. The main motive behind conducting this task is that an officer in the Indian Armed Forces has to lead and command his men. He must have the power of expression through which he can motivate his men and lead them wherever he can.

He must be able to boost confidence and zeal in his subordinate and whatever he says should be motivating and effective. GTO gives you three minutes for the preparation and three minute to speak in front of your group. In this article we would be sharing 100 Original Lecturette Topics for SSB.

How to Deliver the SSB Interview Lecturette

You will get a card which would consist of four topics and you have to choose one. It totally depends on you what topic you choose, speak on the topic you have the knowledge and make sure to give some fact and figures about it. Below we have mentioned some tips for SSB Interview Lecturette.
By reading newspapers and increasing your general awareness about the most common things which could be asked and those which have national and international importance would help you in having good content for your topic. Start speaking in front of the mirror loudly, even speaking and recording your voice is also a good technique to improve for lecturette.
Speak slowly, clearly, and deliberately during your SSB lecturette. Don’t look at the GTO while speaking, face your team members.
Jai Hind!!