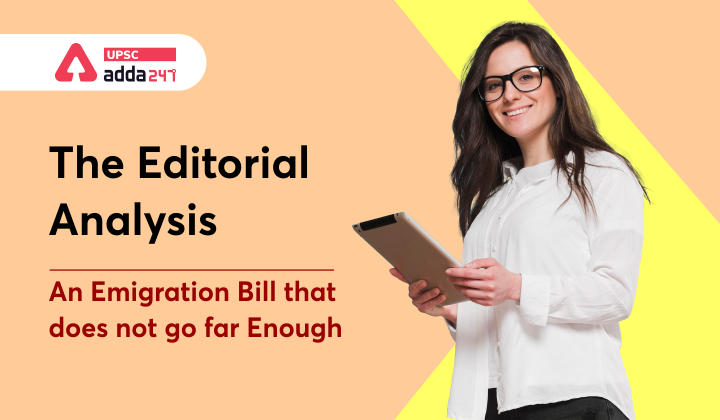 Key features of the Emigration Bill, 2021

Conclusion: The Ministry of External Affairs must draft a clearer purpose which explicitly recognises the contributions of Indian workers, the unique challenges they face, and uphold the dignity and human rights of migrants and their families.