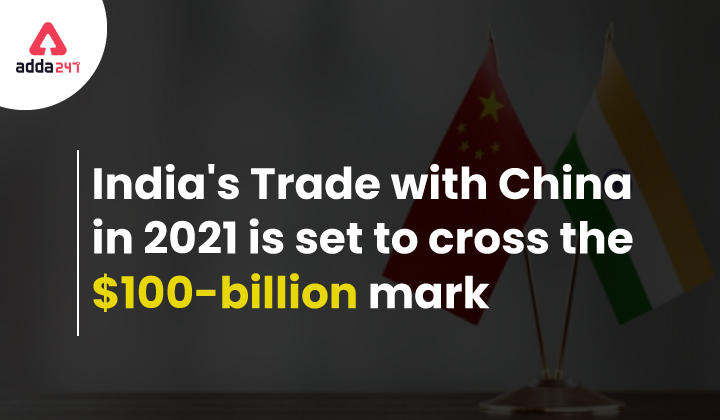 India-China trade ties have boomed to record levels during the past year in the wake of the crisis along the Line of Actual Control which erupted last summer with China’s unprecedented mobilisation of troops.

India’s trade with China rising to record levels in 2021 and set to cross the $100-billion mark for the first time has underlined the challenge New Delhi faces as it looks to recalibrate relations amid a more than year-long border crisis while remaining locked in a deep commercial embrace.

The potential of trade ties:

A very long way to go to see some ground-level progress in New Delhi’s efforts to wean itself away from Beijing and become self-reliant. The PLI schemes will take at least four-five years to create fresh capacities in specific sectors. Till then reliance on China would continue. Meanwhile, the Indian side should always try to keep overall good relations with the neighbouring country.