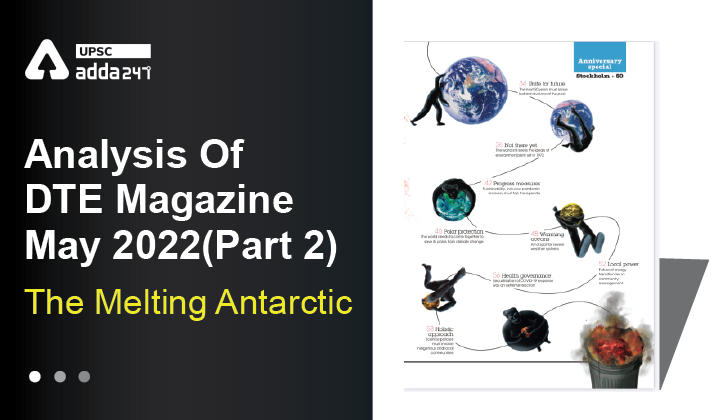 Since 1995, major ice shelves have been melting in Antarctica and scientific consensus is that the next major geographic event will be the breaking of Antarctica.

What is Antarctica Treaty System(ATS)?

Did India sign ATS and what does it mean?

Impact of Global Warming on Antarctica

What this could lead to?