Skip to content
Home   »   The Upcoming Crisis in Indian Federalism   »   The Editorial Analysis: Drafting a New... 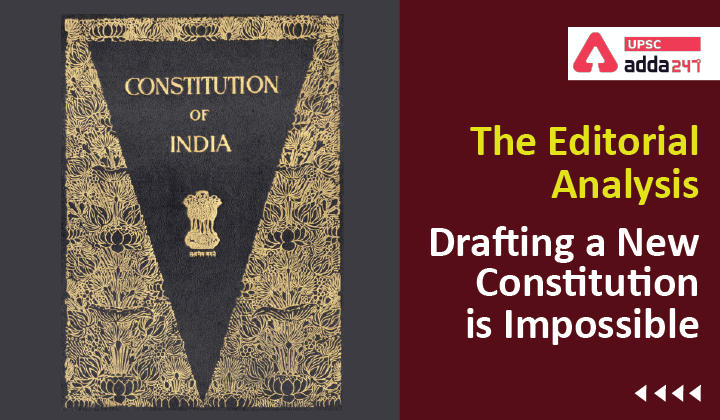 Making of a new Constitution

Why a new constitution is impossible?