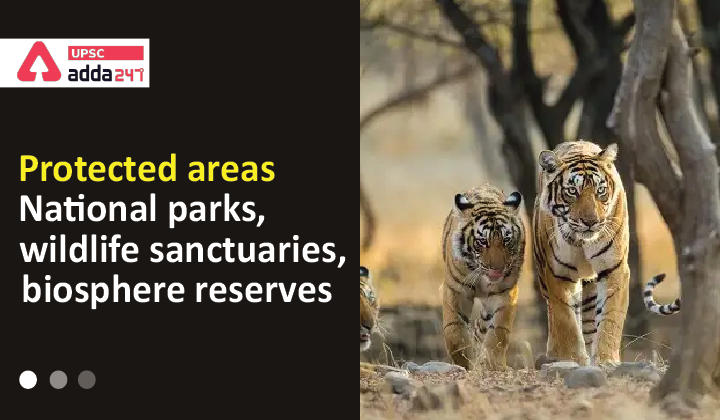 Protected areas forms an important topic of UPSC syllabus. Candidates need to have a better conceptual understanding on this topic as questions can be asked from this section in both UPSC Prelims and UPSC Mains. It will be a 2-article series, where in this article we will discuss about the National Parks, Wildlife Sanctuaries, Conservation Reserve and Community Reserve. In the next article, we will discuss about the Biosphere Reserves in India.

What are National Parks?

What are Wildlife Sanctuaries?

The difference between a Sanctuary and a National Park mainly lies in the vesting of rights of people living inside.