UPSC Civil Services Examination is conducted in three phases—Prelims, Mains and Interview. Each phase demands a unique set of qualities that an aspirant must possess to wrap their preparation.

The first target for you is to clear prelims. It is a one-day exam where you first give Paper 1 and then after 3 hours, Paper 2. Marks you get here are not important because they are not included in preparing the final merit list. This, however, do not, and cannot take away the importance of prelims. You need to clear the minimum cut-off, which prima facie might look like a walkover. But believe me, it is not.

After you clear prelims, congrats, you have just found a place in the top 12,000 of the candidates among the 3 lakh aspirants who have given this examination (Note: These are rough estimates and depends entirely on the number of vacancies). Finish your hangover, buy a lot of pens and prepare for the next battle.

When you come to mains examination, be ready to sit for long hours (No, I am not talking about binge watching your favourite series ?). It is around a week process and has a total of 9 papers, distributed in the following manner. 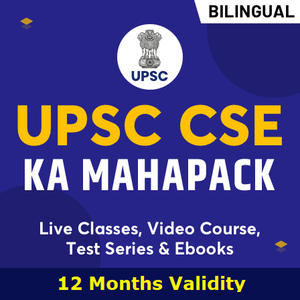 The first two papers are qualifying in nature and are not included while calculating total mains marks. Next 7 papers, however, are crucial in a sense that you need to score well in these papers to not only clear mains but also to get a good rank in the exam.

As per the present examination pattern, the Mains exam is conducted in 5 days. Essay paper is conducted on the first day, GS 1 and GS 2 on the second day (in a gap of 2-hours), GS 3 and GS 4 on the third day (again in a gap of two hours). Then, there is a rest of 4-5 days (Yes! You heard it right, it is a rest and not a ‘holiday’). After this, both the qualifying papers are conducted on the same day, then, on the last day, both optional papers are conducted.

After clearing mains (pat your back, you deserve it ?), you reach the interview phase, which is the last and the final phase of this process. This, however, is an equally important phase and no room for complacency is left here too.

Interview or the personality test is of total 275 marks and getting good marks in this phase is as essential as the second phase. It is often referred as ‘maker or breaker’ due to its uncertainty and highly subjective nature.

So, the final merit list is prepared against 2025 marks.

The details of UPSC Prelims syllabus have been meticulously dealt in How to Prepare for UPSC Prelims: Step by Step Guide for Beginners. Do read it to have a comprehensive understanding about this phase of examination. 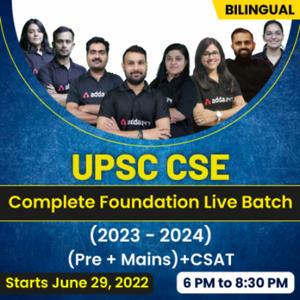 The pattern of questions would be broadly as follows:

(i) Comprehension of given passages.

(i) Comprehension of given passages.

(v) Translation from English to the Indian Language and vice-versa.

Candidates may be required to write essays on multiple topics.

They will be expected to keep closely to the subject of the essay to arrange their ideas in orderly fashion, and to write concisely.

Credit will be given for effective and exact expression.

Indian Heritage and Culture, History and Geography of the World and Society.

(i) Indian culture will cover the salient aspects of Art Forms, literature and Architecture from ancient to modern times.

(ii) Modern Indian history from about the middle of the eighteenth century until the present- significant events, personalities, issues.

(iii) The Freedom Struggle — its various stages and important contributors/contributions from different parts of the country.

(iv) Post-independence consolidation and reorganization within the country.

(v) History of the world will include events from 18th century such as industrial revolution, world wars, redrawal of national boundaries, colonization, decolonization, political philosophies like communism, capitalism, socialism etc.— their forms and effect on the society.

(vii) Role of women and women’s organization, population and associated issues, poverty and developmental issues, urbanization, their problems and their remedies.

(ii) Functions and responsibilities of the Union and the States, issues and challenges pertaining to the federal structure, devolution of powers and finances up to local levels and challenges therein.

(iv) Comparison of the Indian constitutional scheme with that of other countries.

(v) Parliament and State legislatures—structure, functioning, conduct of business, powers & privileges and issues arising out of these.

(vi) Structure, organization and functioning of the Executive and the Judiciary—Ministries and Departments of the Government; pressure groups and formal/informal associations and their role in the Polity.

(vii) Salient features of the Representation of People’s Act.

(x) Government policies and interventions for development in various sectors and issues arising out of their design and implementation.

(xi) Development processes and the development industry —the role of NGOs, SHGs, various groups and associations, donors, charities, institutional and other stakeholders.

(xvi) Role of civil services in a democracy.

(xvii) India and its neighborhood- relations.

(xix) Effect of policies and politics of developed and developing countries on India’s interests, Indian diaspora.

(i) Indian Economy and issues relating to planning, mobilization, of resources, growth, development and employment.

(ii) Inclusive growth and issues arising from it.

(iv) Major crops-cropping patterns in various parts of the country, – different types of irrigation and irrigation systems storage, transport and marketing of agricultural produce and issues and related constraints; e-technology in the aid of farmers.

(viii) Effects of liberalization on the economy, changes in industrial policy and their effects on industrial growth.

(xi) Science and Technology- developments and their applications and effects in everyday life.

(xiii) Awareness in the fields of IT, Space, Computers, robotics, Nano-technology, bio-technology and issues relating to intellectual property rights.

(xvi) Linkages between development and spread of extremism.

(xix) Security challenges and their management in border areas – linkages of organized crime with terrorism.

(xx) Various Security forces and agencies and their mandate.

This paper will include questions to test the candidates’ attitude and approach to issues relating to integrity, probity in public life and his problem solving approach to various issues and conflicts faced by him in dealing with society.

Questions may utilise the case study approach to determine these aspects.

The following broad areas will be covered:

(i) Ethics and Human Interface: Essence, determinants and consequences of Ethics in-human actions; dimensions of ethics; ethics – in private and public relationships. Human Values – lessons from the lives and teachings of great leaders, reformers and administrators; role of family society and educational institutions in inculcating values.

(iv) Emotional intelligence-concepts, and their utilities and application in administration and governance.

(v) Contributions of moral thinkers and philosophers from India and world.

(viii) Case Studies on above issues.

Optional Subject Papers I & II. Here you have to choose one subject from the list and the subject will have two papers.

A candidate may opt for any one Optional Subject from the following: