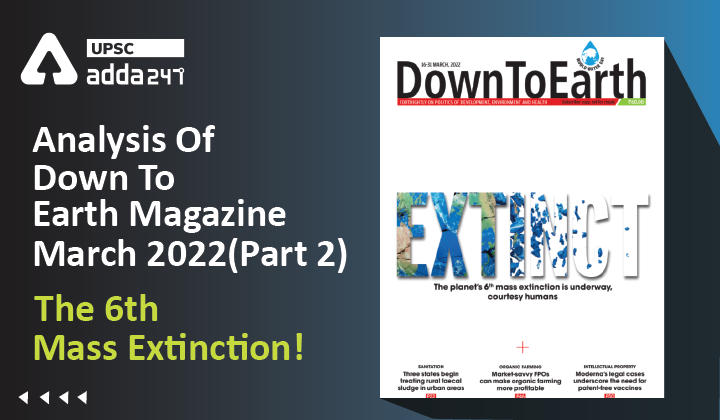 Analysis Of Down To Earth Magazine: ”The 6th Mass Extinction!”

The Ordovician Era.
443 million years ago 85% of all species went extinct
Reasons: An “ice age” followed by a rapid warming.

The Permian Age.
250 million years ago 95% of all species went extinct
Reasons: An asteroid hit the planet, filling the air with pulverised particles, leading to inhabitable climate conditions.

The situation in Indo-Pacific Region