F-INSAS: Why in News?

F-INSAS: What is F-INSAS?

Langya Virus: Why in News?

A new zoonotic virus that has evolved to infect humans was identified in China in August. On August 4, the New England Journal of Medicine (NEJM) described the virus called Langya (LayV), reported in patients in Eastern China.

Langya Virus: What is LayV?

e-Space Regulation: Why in News?

On August 10, the Reserve Bank of India (RBI) instituted a framework for regulating the digital lending landscape in the country.

e-Space Regulation: What are the new regulations?

What is Revised GRAP?

The Editorial Analysis- The Coming 75 Years 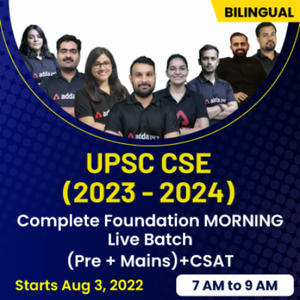 The Coming 75 Years in News

India needs a shift in focus to science and technology. Following steps can be taken to make India a Scientific Superpower in next 75 years-

The Editorial Analysis- A Tryst with the Past

Scheme for Promotion of Culture of Science (SPoCS)

The Editorial Analysis- Moving Policy Away From Population Control

The Editorial Analysis – Moving Policy Away From Population Control: Relevance for UPSC Exam

State of the World’s Children Report 2021

Prime Minister Narendra Modi announced that India has achieved its target of blending 10% sugarcane-extracted ethanol in petrol, ahead of schedule while addressing the nation from the Red Fort on the 76th Independence Day.

What is Ethanol Blending?

Though the U.S., China, Canada and Brazil all have ethanol blending programmes, as a developing country, Brazil stands out. It had legislated that the ethanol content in petrol should be in the 18-27.5% range, and it finally touched the 27% target in 2021.