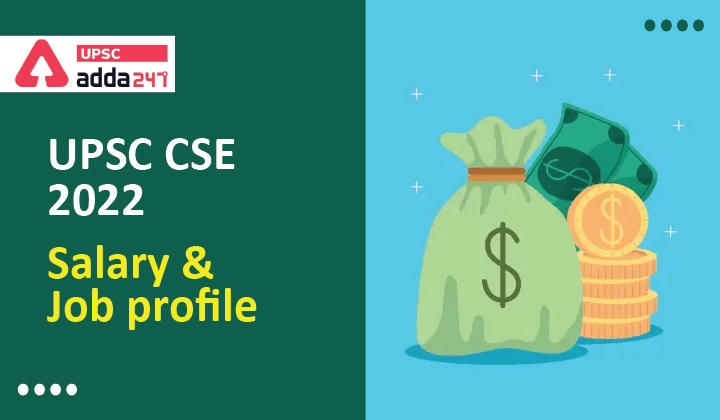 Aiming for UPSC Prelims 2022? Get the best test series for sure selection:  Click Here

The new pay structure of an IAS officer has been dispensed with the system of ‘Pay Grades for Civil Services’ and introduced ‘Consolidated Pay Levels’ in the 7th Central Pay Commission.

Now the IAS pay scale is decided only based on ‘Basic Pay’ along with TA, DA, and HRA.

The below table provides the in-hand salary of an IAS officer both at an entry level and at the cabinet secretary level.

We have discussed above the various grades in which the structure if IAS is divided. The salary is thus decided by the grade in which an officer is working. Few of the perks and allowance have been discussed in brief below:

Dearness Allowance (DA) – It is an extremely important part of the salary of an IAS officer as it is increased by the Government at regular intervals to factor in the effects of inflation. It has been increased up to 103% of the basic pay.

House Rent Allowance (HRA) – It ranges from city to city. HRA is given based on the city where the IAS Officer is posted. For example, in a metropolitan city the HRA given will be more than the HRA given to any Tier-2 city. It generally ranges between 8% to 24% of the basic pay.

Medical Allowance – The IAS Salary also includes medical allowance that an employee gets in the for of reimbursement in case of any medical treatment, of the officer the dependents.

IAS officer has the potential to bring about a positive change in the society, a change that society demands for development. Considering the important position that an IAS office holds, it is worth saying that the role of an IAS officer would be challenging yet satisfying, if not exciting.

Morning exercise/horse riding training – 6 am – 7 am

After the activities, the officers are free to socialise and prepare for the next day. The training of IAS officers also includes Bharat Darshan (a study tour of India).

Functions of an IAS Officer

To handle government affairs including policy framing, implementation, and feedback.

To consult with various departments and elected representatives and take collective steps towards development.

To supervise the implementation of different government schemes and policies

To respond and coordinating relief operations in response to emergencies such as natural disasters, major accidents, and riots. For example, during COVID, the functions of an IAS officer grew exponentially.

Apart from the above, there are three types of roles and responsibilities of an IAS officer.

Field assessment: These are considered as the toughest and most challenging job if an IAS officer. After training, an IAS officer’s first job is usually a field job.

Functions at the Subdivision level: As a sub divisional officer, the responsibilities of an IAS officer mainly involve law and order maintenance, development and administrative management.

Functions at a District level: As a district officer, collector or deputy commissioner, an IAS performs the same functions as an SDM including overseeing the SDMs.

State Secretariat/Public Sector Undertakings: After field postings, IAS officers are generally posted at the State Secretariat. Their first-hand experience helps them in advising elected representatives to formulate policies and make decisions on government processes. Also, many officers are posted on deputation to PSU cadres and become part of the higher management of various enterprises in the public sector such as power discoms, industrial units, etc.

Q. What is the IAS officer HRA?

Ans. HRA ranges from city to city. HRA is given based on the city where the IAS Officer is posted. For example, in a metropolitan city the HRA given will be more than the HRA given to any Tier-2 city. It generally ranges between 8% to 24% of the basic pay.