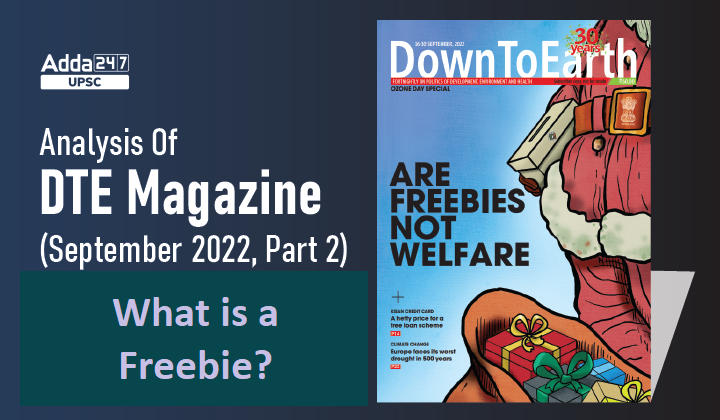 What is a Freebie?

The 15th Finance Commission on Freebies

What is RBI’s Argument?

Data shows that political parties of all hues, at the Centre as well as states, have offered development support or schemes for specific population groups since the country’s first general elections but nowadays when inequality is minimised, they are misusing taxpayers’ money for their political mileage only. In this scenario, the Supreme Court should go with the long-term welfare of the country.