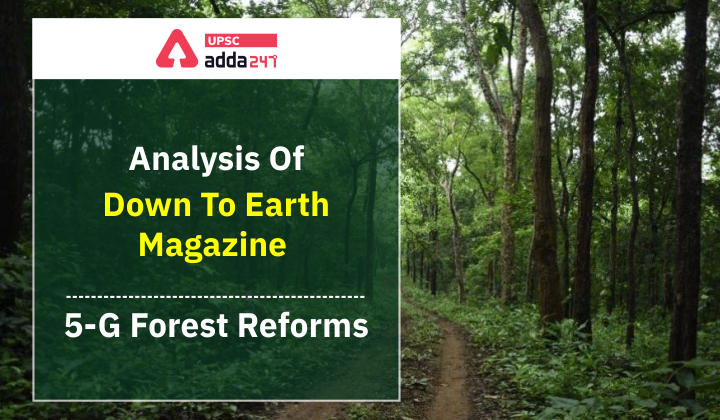 Analysis Of Down To Earth Magazine: 5-G Forest Reforms

History of Forest Management in the country

Forest management started in India with the colonial British government, which took away community lands and nationalised them.

What is Carbon Stock

What should be the 5-G Forest Reforms?

What should be the Future agenda for forests?

This in times when, on the one hand, there is a need for enhanced protection of the remaining forests for ecological security, and on the other, there is a crucial need to build the resilience of communities who live in these habitats—all in the times of increased risk because of climate change.