Skip to content
UPSC Exam   »   International Relations   »   What is India’s Stand on Kosovo-Serbia... 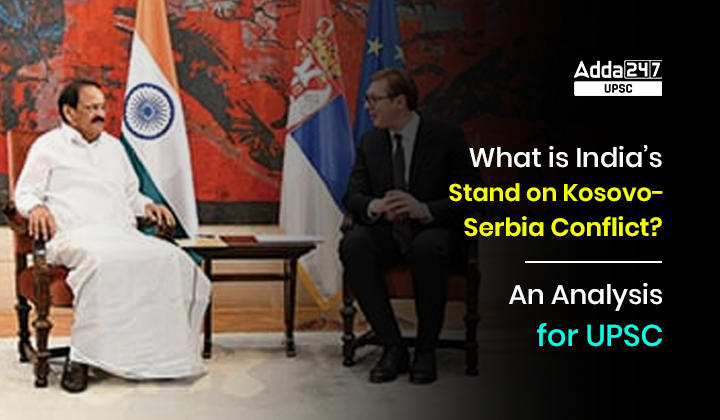 Relevance of Kosovo-Serbia Conflict for UPSC

Why India’s Stand on Kosovo-Serbia Conflict in news?

After the Kosovo government supported the opening of a commercial office in New Delhi, India on November 25, indicated that it was a one-sided move and that there was no plan to recognise the European territory.

What is Kosovo-Serbia Conflict?

How did Kosovo separate from rest of Serbia?

A total of 99 out of 193 United Nations countries now recognise Kosovo’s independence, including the US, the UK and 22 out of 27 EU countries. But Russia, India & China do not.

What is happening between Kosovo & Serbia now?

What has been India’s Stand on Kosovo-Serbia Conflict?

Q. Where is Kosovo?

Ans. Since Kosovo declared independence from Serbia in 2008, India has steadfastly refused to recognise it as a separate state.

Q. On the basis of which three principles India did not recognize Kosovo?

Ans. India’s stand is that – Kosovo did not fulfil the three principles required for recognition – “a defined territory, a duly constituted Government in charge which is accepted by the people and which has effective control over an area of governance”.

Click on the link below to read all IR articles by ADDA 247: