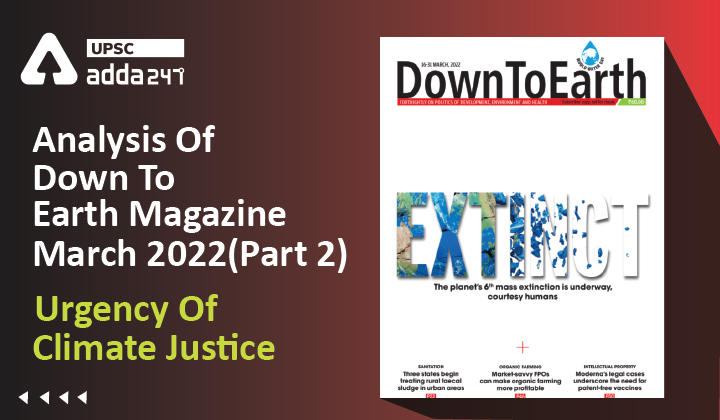 Analysis Of Down To Earth Magazine: ”Urgency Of Climate Justice”

The future can be disastrous due to climate change

How Will Climate Change Impact the World?

What Should be Done?