The theme of the conference

‘Geo-enabling the Global Village: No one should be left behind’

The Prime Minister, Shri Narendra Modi has bowed to Sri Guru Ram Das Ji on the auspicious occasion of his Parkash Purab. 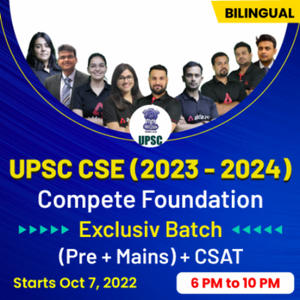 Scientists from ISRO have mapped out the global distribution of sodium on the Moon’s surface using the CLASS instrument (Chandrayaan-2 large area soft X-ray spectrometer) onboard of the Chandrayaan-2 mission.

This is the first effort to provide a global-scale measurement of sodium on the lunar surface using X-ray fluorescent spectra.

Presence of Sodium on Moon: Significance

Why United Nation is at inflection point?

Reinventing the United Nations: Road ahead

United Nations, however dysfunctional, the only global platform for world governance. No country would gain by falling UN. Even if we dissolve UN, there is no alternative than reinventing the UN again. India’s and global interest lie in preserving the UN rather than dismantling of UN.

What is Dark Sky Reserve (DSR)?

What is LiFE Movement?

What is Power Foundation of India?