Prevention and Treatment Options Against Monkeypox

Do we have specific treatment options against monkeypox?

There are no specific treatments available for monkeypox. Clinical management of monkeypox includes relieving symptoms and managing complications and preventing long-term effects. It is also not currently understood if a previous monkeypox infection lends protective immunity against future infections.

What is India’s Sports Code?

Russia-Ukraine Grain Deal: Why in the News?

Russia-Ukraine Grain Deal: What will change? 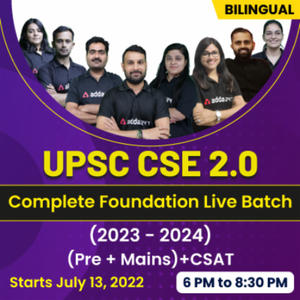 What does it mean to declare Monkeypox as a Public Health Emergency of International Concern?

Monkeypox Disease- Spread Across the World and India

5G Technology is going to make inroads into the country very soon. A basic requirement of 5G will be data transmission networks. Optical fibre is the backbone of the digital infrastructure required for this purpose — the data is transmitted by light pulses travelling through long strands of thin fibre.

WHAT IS 5G TECHNOLOGY AND HOW IT IS DIFFERENT?

Major challenge that India will face while enabling the 5G services in the country will be the process of FIBERISATION-Connecting radio towers with each other via OPTIAL FIBRE CABLE.

What is the rank of India in World Press Freedom Index 2021?

The outbreak of lethal MARBURG virus has taken the world by storm at a time when everyone is just flustered by the spread of Monkeypox which now has been declared as Public Health Emergency of International Concern (PHEIC) by World Health Organization (WHO) and the world is already exhausted from battling the COVID pandemic.

First reported in 1967 in a town called Marburg in Germany and in Belgrade, Yugoslavia (now Serbia). There were simultaneous outbreaks in both cities. It came from monkeys imported from Uganda for laboratory studies in Marburg. The laboratory staff got infected as a result of working with materials (blood, tissues and cells) of the monkeys. Of 31 cases associated with these outbreaks, seven people died.

Community engagement is key to successfully controlling the outbreaks. Raising awareness of risk factors for Marburg infection and protective measures that individuals can take is an effective way to reduce human transmission.

WHO has developed detailed advice on Marburg infection prevention and control: