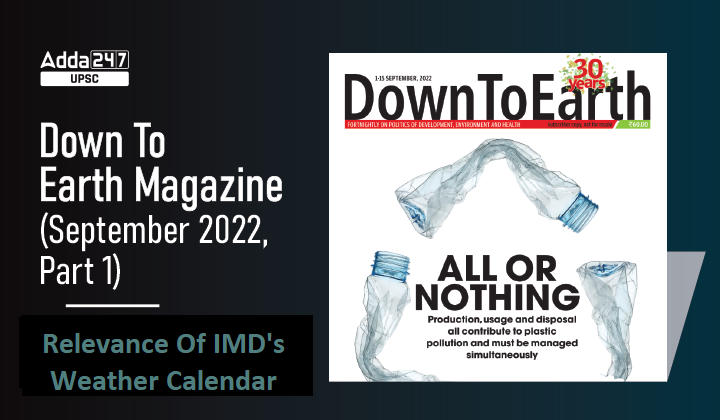 Relevance Of IMD’s Weather Calendar: Why in news?

India Meteorological Department’s data for 1988-2018, covering 676 of India’s 730 districts in 28 states and the Union Territory of Jammu and Kashmir, finds that over 60% of the districts have seen a decrease in the rain in June—the key month for sowing the Kharif crop.

Relevance Of IMD’s Weather Calendar: What is the False Start Phenomena?

Relevance Of IMD’s Weather Calendar: What immediate steps should be taken?

Climate change should be integrated into crop calendars at the hyper local level as we cannot have a straight cut fit for the whole of India because the monsoonal pattern is not the same or uniform across Indian districts.

Adapting to the changed rain pattern, farmers already have started to delay sowing. Many farmers have skipped sowing in June due to high risks that come with uncertain rains. As the farmers understand that the timing is not optimal for the crops and voluntarily push the sowing to July. For better measurement, assessment and similarity of the NET shown area, the IMD and ICAR should prepare an updated weather calendar as soon as possible.