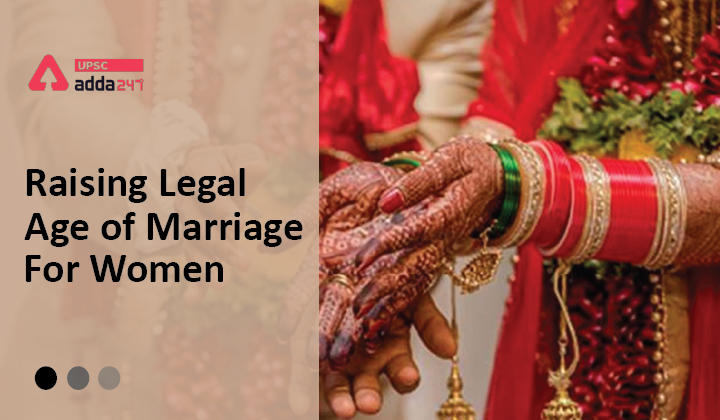 Need for Raising Legal Age of Marriage for Women