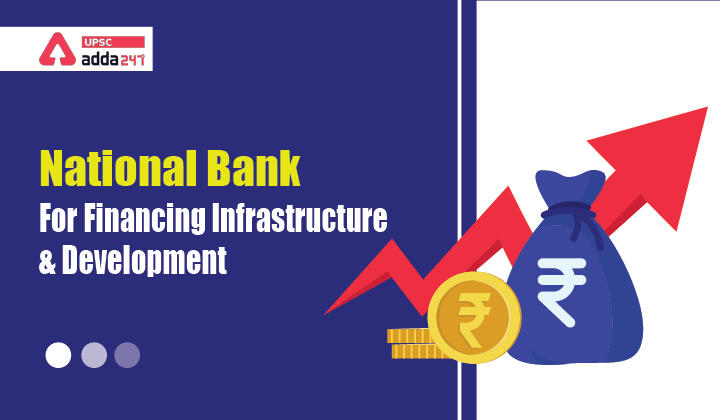 Difference between Banks and DFIs:

(viii) any other institution prescribed by the central government.

Note: Initially, the central government will own 100% shares of the institution which may subsequently be reduced up to 26%.

(i) extending loans and advances for infrastructure projects

(ii) taking over or refinancing such existing loans

(v) facilitating negotiations with various government authorities for dispute resolution in the field of infrastructure financing, and

(i) the Chairperson appointed by the central government in consultation with RBI,

(v) up to three directors elected by shareholders, and

Note: A body constituted by the central government will recommend candidates for the post of the Managing Director and Deputy Managing Directors.  The Board will appoint independent directors based on the recommendation of an internal committee.

Support from the central government:

The prior sanction for investigation and prosecution:

(i) the central government in case of the chairperson or other directors, and

(ii) the managing director in the case of other employees.

Note: Courts will also require prior sanction for taking cognisance of offences in matters involving employees of NBFID.

Provision for Other DFIs:

The Bill also provides for any person to set up a DFI by applying to RBI.   RBI may grant a licence for DFI in consultation with the central government.  RBI will also prescribe regulations for these DFIs.