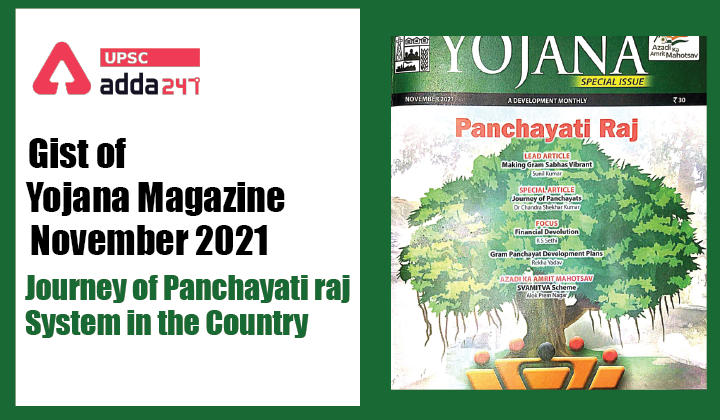 The Panchayati Raj Institutions have been pivotal in strengthening grassroots-level democracy in India. The 73rd Amendment of the Constitution in 1993, laid the foundation of the panchayats as we see them today.

Provision of basic infrastructures, emphasis on e-governance, capacity building of PRIs, focused information, education, and communication (IEC) campaign are some of the main activities undertaken by the centre and States for strengthening the PRIs; utilising Ministry’s budgetary allocation and States’ resources. Important Schemes:

What reforms do Panchayats need?

In view of the increasing rural population, the number of administrative units- PRIs have been increasing over time. So, further progressive devolution of Functions, Funds, and Functionaries to PRls through activity mapping ought to be ensured to accomplish mandated activities and to achieve the objectives of the 73rd Constitutional Amendment in order to ease the life of around 65% of the country’s population living in rural areas.