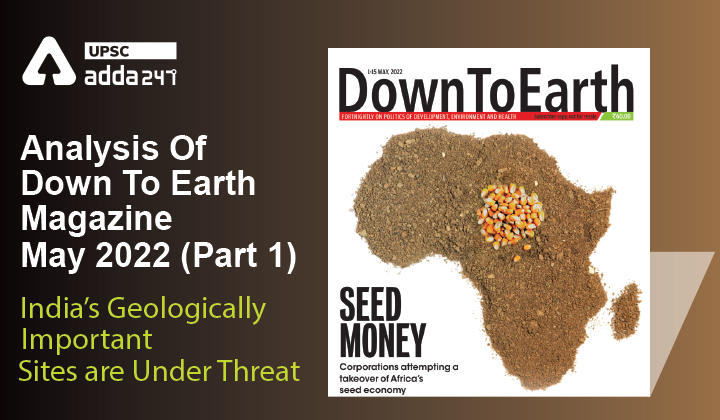 Analysis Of Down To Earth Magazine: ”India’s Geologically Important Sites are Under Threat”

What are Geological Heritage Sites?

What kind of geological features does India have?