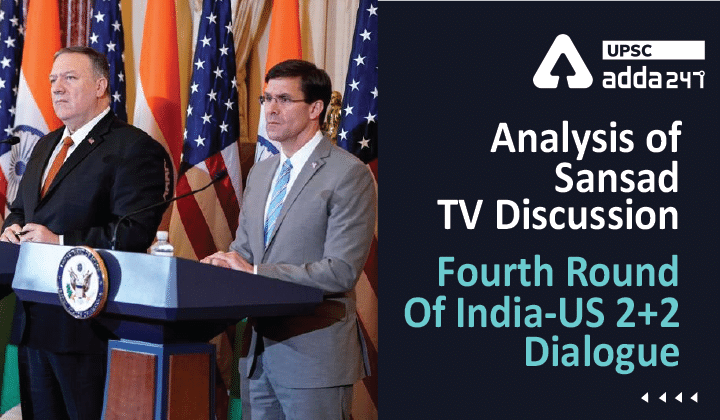 Analysis Of Sansad TV Discussion: ”Fourth Round Of India-US 2+2 Dialogue”

Importance of this years’ dialogue

What are 2+2 talks between India and its allies?

What has been achieved to date through India-US 2+2 dialogue?