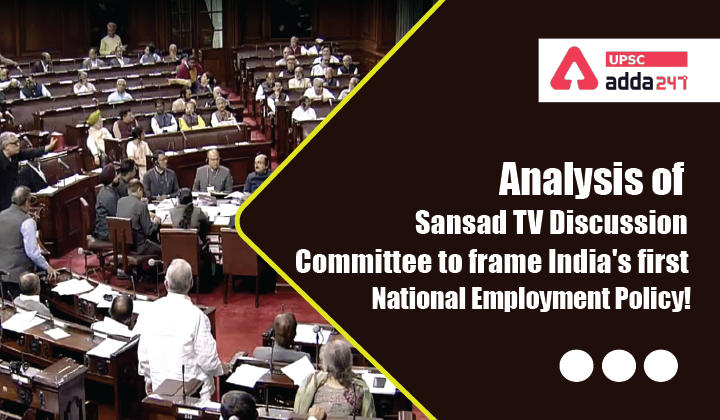 The government will soon set up a committee to frame India’s first National Employment Policy with an aim to significantly push up employment generation in the country.

Even after 19 months since the pandemic first hit India in March 2020, the country’s overall employment is lower than pre-pandemic levels while at least five million youth are added to the country’s 450-million workforce every year.

Not a Sudden Plan

Need of the Hour

The renewed focus on the country’s first National Employment Policy is very important after the Covid-19 pandemic took away millions of jobs, raising the overall unemployment rate to alarming levels.

About the four Labour codes

For Ease of Doing Business and Ease of Living, NEP is important. This is important to capture the sector-wise and region-wise labour market dynamic. Thus, a proposed government committee to draft a national employment policy is expected to come out with a proper roadmap to increase employment.