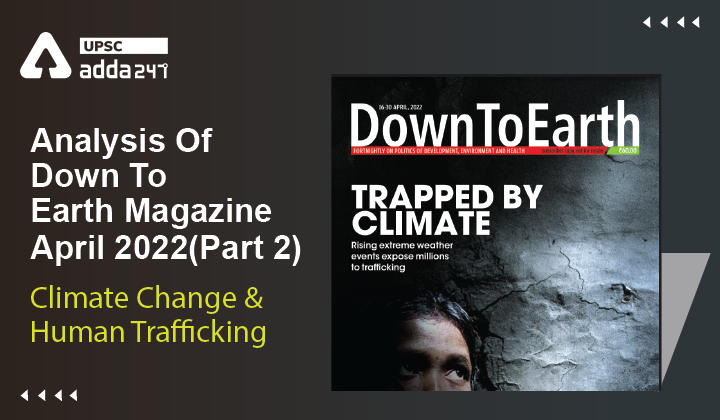 Analysis Of Down To Earth Magazine: ”Climate Change & Human Trafficking”

What does the data say?

What does Climate Vulnerability Index(2019-20) say about India?

Some worst affected areas of the country