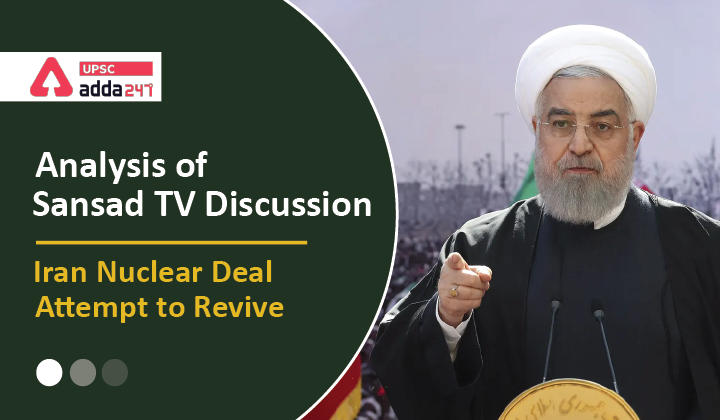 Talks between Iran and other signatories to the Joint Comprehensive Plan of Action (JCPOA) 2015/Iran Nuclear deal regarding the revival of the deal resumed in Vienna on November 29, 2021, after a hiatus of five months (the talks which began on April 2021 have been stalled since June 2021). The US has not been participating directly in these talks.

What happened in the first meeting in Vienna?

Where does Iran stand in  Nuclear Progress?

If successful, the talks will lift unilateral US sanctions while scaling back Iran’s nuclear programme. But differences in the two countries’ stances heading into the discussions cast doubt on the odds of success and were expected to prolong the talks.