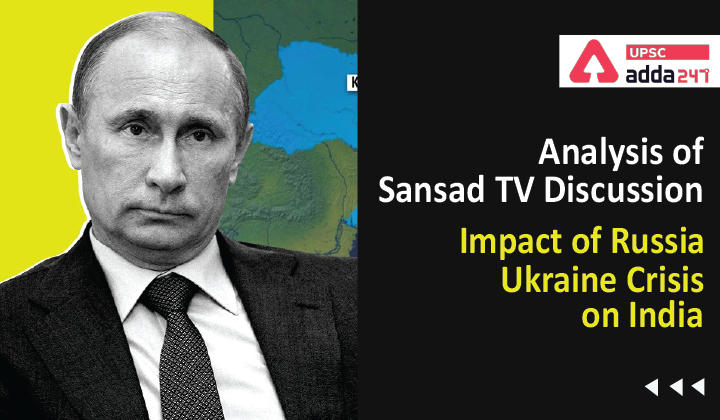 What is the latest development?

What is Russia’s Stand?

What is India’s Stand?

Which are India’s main concerns?

Any conflict- where the U.S. and its European allies are ranged against Russia will impact the whole world- economically and in terms of security, and India, as a partner to both Moscow and Washington will either have to take sides or be prepared to deal with unhappiness from both sides.

The crisis comes precisely as India’s purchase of the Russian S-400 missile system is under way- and New Delhi hopes for a waiver of U.S. sanctions on this. Conflict will complicate both the delivery of the system, and the possibility of a presidential waiver.

Just as U.S. and Europe had grown more focussed on their Indo-Pacific strategy that puts India centre-stage, and India grapples with Chinese aggression and land-grab at the Line of Actual Control, and 100,000 troops along the boundary on both sides, the world’s attention is diverted from China to Russia.

The Crisis will make Moscow more dependent on friends like China, and build a regional bloc of sorts that India is not a part of. In Beijing this week, the future seems evident- as India has announced a diplomatic and political boycott of the Olympic games- while Putin, Central Asian Presidents, and Pakistan PM Imran Khan are all in Beijing to stand in solidarity with Xi Jinping.

In any conflict- Europe worries Russia will turn down gas and oil supplies- driving energy prices up. Already tensions have pushed oil prices up 14% in a month past $90 and analyst say they could hit $125 a barrel if the situation is not resolved.

As India’s UN envoy pointed out in his speech- India has more than 20,000 nationals in Ukraine, mostly medical students, as well as business professionals in the field of pharma, IT and engineering- and the government is concerned about their safety in the event of a crisis, although MEA says it is not at present evacuating citizens.

India has to consider how any conflict will change the regional allegiances and the balance of power in its own neighbourhood carefully.