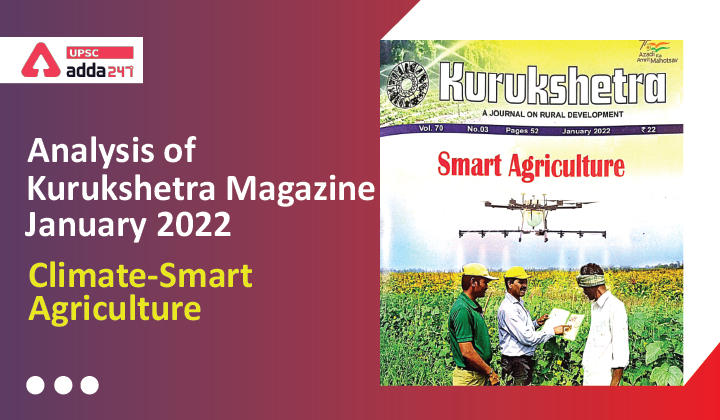 • Overall, the countrywide decline in major crop yields due to climate change effects between 2010 and 2039 could be as high as 9 per cent, worsening further with time.
• The estimated impacts of both historical and future climate change on cereal crop yields in different regions indicate that such yield loss can be up to 35 per cent for rice, 20 per cent for wheat, 50 per cent for sorghum, 13 per cent for barley, and 60 per cent for maize depending on the location, future climate scenarios and projected year.
• Higher temperature eventually reduces yields of desirable crops while encouraging weed and pest proliferation. ln human terms, this could make large swathes of small farmers’ landholdings unviable.

What is Climate-Smart Agriculture (CSA)?

What is the Mitigation of Climate Change in Agriculture (MICCA) programme?

Climate change is no longer a future possibility, but a reality which all of us are witnessing. Securing the financial future of Indian farmers, as also the food security of those dependent on them, is a crucial priority for the government.