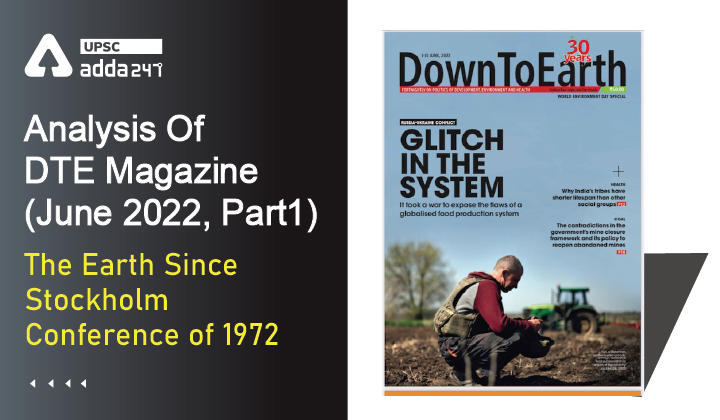 Analysis Of Down To Earth Magazine: The Earth Since Stockholm Conference of 1972

About Stockholm Conference of 1972

What has been changed since Stockholm Conference? 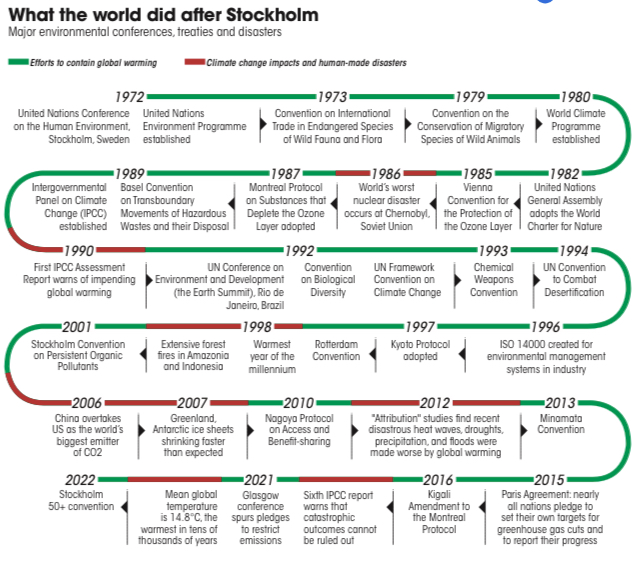 The world saw an average 68 per cent decrease in population sizes of mammals, birds, amphibians, reptiles and fish between 1970 and 2016, suggesting that biodiversity is being destroyed by humans at an unprecedented rate.

Conservation is critical but not enough to restore biodiversity loss.