National Commission for Protection of Child Rights (NCPCR) is celebrating Elimination of Child Labour Week in the honour of World Day Against Child Labour in the 75 places as part of the “75th anniversary celebrations of India’s independence – “Azadi ka Amrit Mahotsav” in different districts starting from 12th June to 20thJune, 2022.

An international collaboration of astronomers has discovered a binary supermassive black hole in a system which will be a strong candidate for future detection of gravitational waves (GWs).

What is the latest discovery?

The blazar AO 0235+164 is the first binary SMBH gravitationally lensed system, which will be a strong candidate of its kind for future detection of gravitational waves (GWs) using the pulsar timing array and future space-based GW detectors. 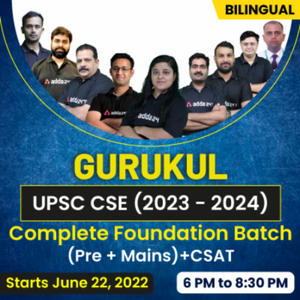 The organisation of Islamic Cooperation (OIC)

How does the OIC function?

Threat to Democracy in News

United States President: Check the complete List of the US Presidents

What is Deep-tech Startup?

What India is Loosing?

The absence of deep tech startups harms India considerably by weakening her capability to meaningfully address complex socio-economic challenges that afflict our society in multiple sectors such as agriculture, healthcare, transportation, energy, etc.

There are three major challenges that a deep tech startup has vis-a-vis other startups(including tech-based startups) face:

By linking development grants/seed investment programmes for deep tech startups with a robust customer discovery exercise, we can create in India a significant amount of robust and creative deep tech ecosystem.