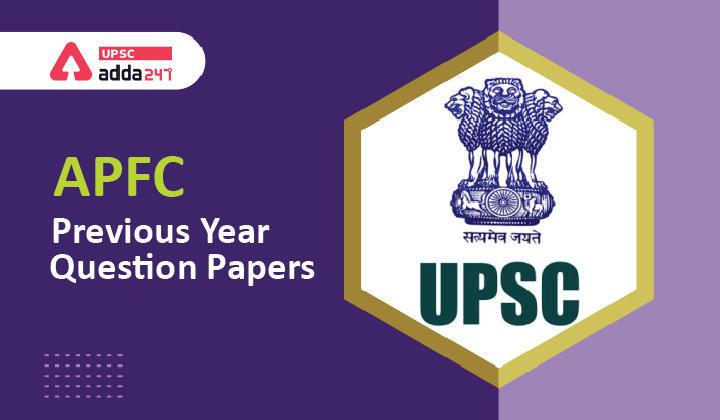 UPSC APFC Notification 2021: An RTI was filed on 30 August 2021 about the vacancies for APFC (Direct Recruitment). In the reply, UPSC said that, as on 31 December 2020, there are 151 vacancies for APFC. Though the vacancies not necessarily mean that the UPSC APFC notification would definitely come. It indeed means that the notification may arrive. The UPSC APFC is a prestigious job and demands a unique set of qualities that could be important to carry out its various responsibilities. So far, UPSC has conducted APFC exam in 2002, 2004, 2012 and 2016. In this article, we will discuss the APFC question paper to help you strategise your preparation.

Directions: Each of the next four (04) items consists of two statements, one labelled as the ‘Statement (I)’ and the other as ‘Statement (II)’. Examine these two statements carefully and select the answer to these items using the codes given below:

Directions: The following ten (10) items (items 61 to 70) are on English Language; therefore, these items do not have Hindi Version.