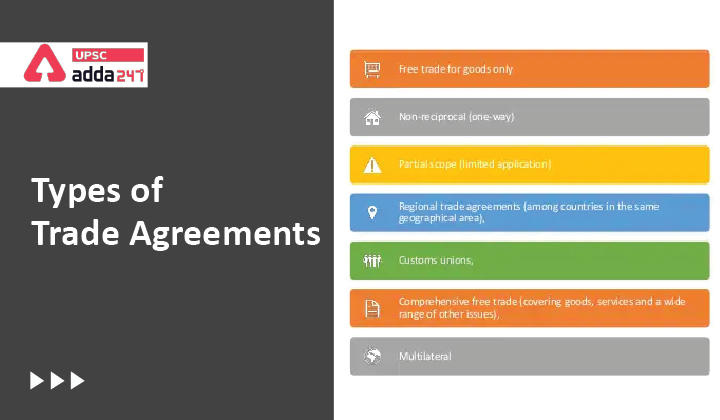 The UPSC aspirants often come across with words like FTA, PTA, CEPA, etc while reading newspapers. These similar-sounding words often confuse the aspirants, and hence this article is to assist you in your preparation and help you achieve your goal of clearing UPSC CSE 2022.

What is a trade agreement?