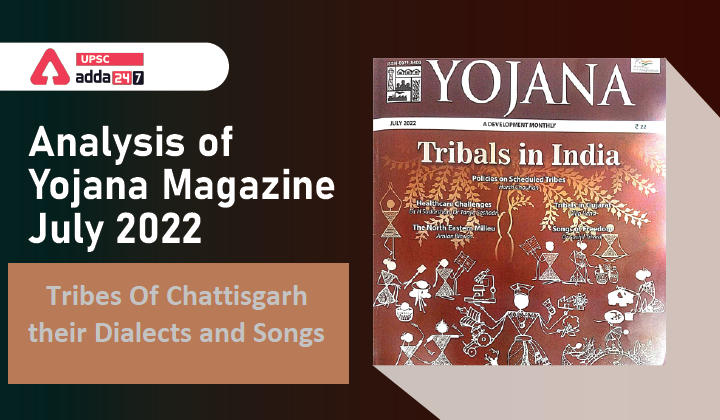 Tribes Of Chattisgarh their Dialects and Songs: Introduction

Tribes Of Chattisgarh their Dialects and Songs: District-wise tribes

Tribes Of Chattisgarh their Dialects and Songs: Dialects

Tribes Of Chattisgarh their Dialects and Songs: Famous tribal songs

These songs are in Bhatri Dialect which is considered one of the most illustrative tribal dialects. There are songs on Veer Narayan Singh and the Bhumkal rebellion.

The songs of the Halba tribe are said to be a great treasure of the tribal folk tradition. It describes the freedom struggle of the country.

In Chhattisgarh, the Gond tribe has been predominant and many songs composed in their Gondi dialect became a part of community life in the tribal area.

The Baiga tribe, living in the central parts of Chhattisgarh, is a unique tribe which has its own distinct cultural identity and its folk songs and dances are highly appreciated.

Oraon is a dominant tribe in the north of Chhattisgarh and the songs composed in the Oraon dialect motivated the national movement of the entire region.