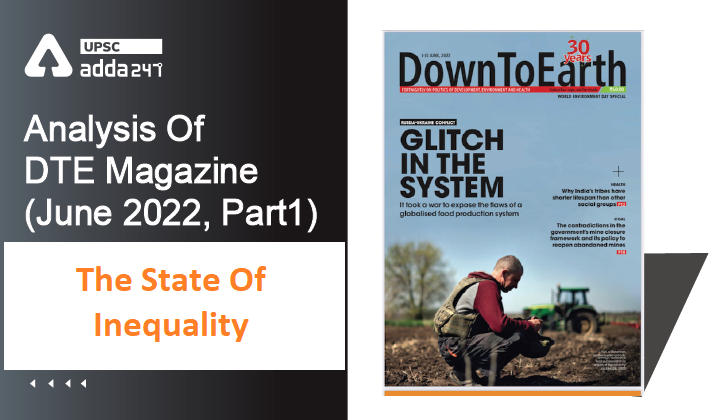 Analysis of Down to Earth Magazine: The State Of Inequality

About State of Inequality in India Report

The information available on inequality, which this report brings out, will help formulate reform strategies, a roadmap for social progress and shared prosperity.