Skip to content
Home   »   Analysis Of Sansad TV Discussion: ”The... 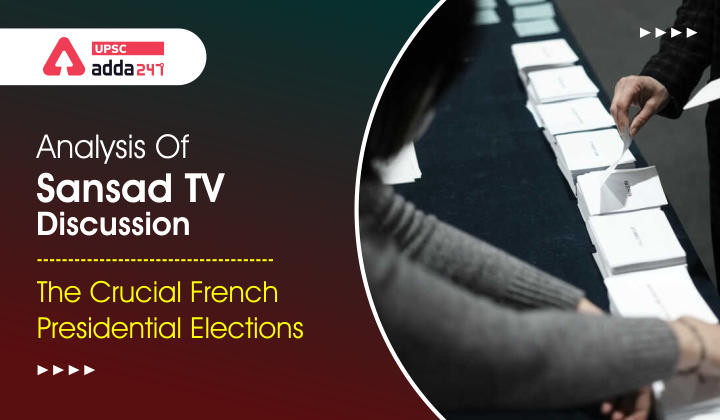 ”GS 2: Effect of Policies & Politics of Countries on India’s Interests”

Why are these elections Crucial for World?

Who are the top contenders

What are the big issues?

The President is elected by direct universal suffrage:
-Universal: all French citizens aged 18 and over can vote, whether residing in France or not.
-Direct: votes are directly attributed to the candidates.

Stages in the election

To officially be a candidate, contenders must, among other things, be nominated by at least 500 elected representatives (e.g. mayors, deputies).

Stage 3: 1st round of the election

The French people go to the polls: if no candidate wins over 50% of the vote, a second-round is organized.

Stage 4: 2nd round of the election