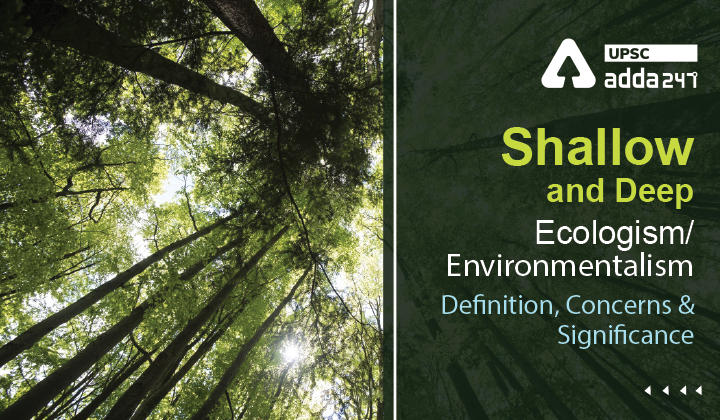 Background of Shallow and Deep Ecologism/Environmentalism

Analysis of Down to Earth Magazine: Environmental Impact Assessment (EIA)