Skip to content
UPSC Exam   »   Possibility of US Using CAATSA Against... 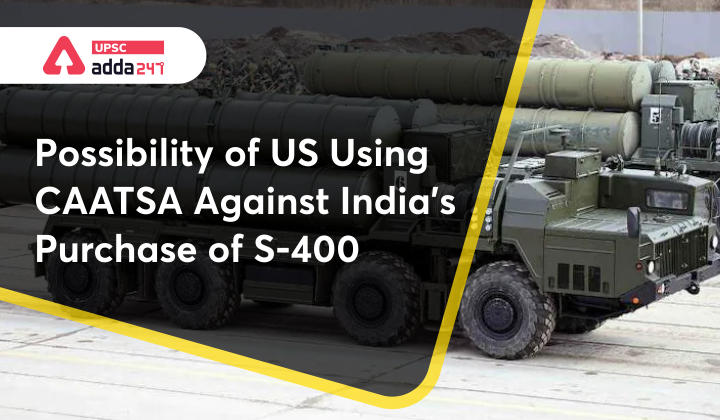 Why in News?
India is preparing for the arrival of the $5.4-billion Russian long-range surface-to-air missile defence shield “S-400”, next month, which is likely to generate more international headlines.

What is India’s Concern?

The delivery of the five S-400 systems is considered a “significant transaction” under the USA’s  Countering America’s Adversaries Through Sanctions Act (CAATSA) of 2017, which could trigger sanctions against Indian officials and the Government.

Why is the S-400 deal so important to India?

What is India’s position?