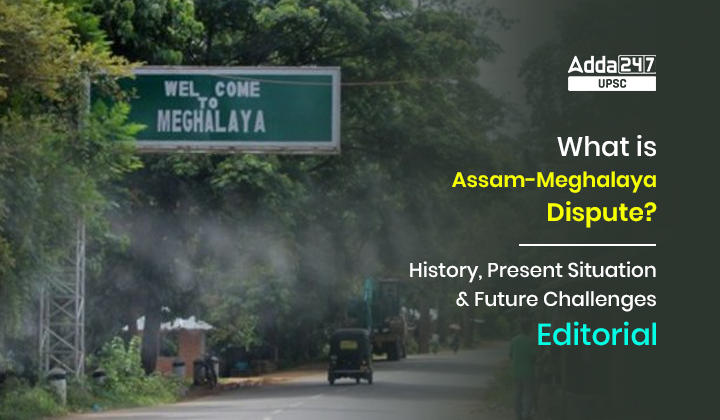 Why Assam-Meghalaya Dispute in news?

What happened last year between Assam and Mizoram?

What is the latest dispute?

What is the border dispute between Assam and Meghalaya?

What is the history of Assam-Meghalaya Conflict?

What kind of attempts made to resolve Assam-Meghalaya Conflict?

Consensus for resolving the Assam-Meghalaya Dispute

What should be done to avert future conflicts between Assam & Meghalaya?

The Assam-Meghalaya pact was seen as a major achievement, as Assam’s border disputes with other states in the Northeast have remained unresolved despite multiple rounds of talks. So, the firing incident should not be allowed to derail the upcoming talks between the two sides.

Q. How many land dispute points are there between Assam and Meghalaya?

Ans. As many as 12 land dispute points, along the border of these two states, have been a bone of contention.

Q. During the British rule, which Indian states were part of undivided Assam?

Q. When Meghalaya was formed?

Ans. Meghalaya was carved out from Assam in 1972, its boundaries demarcated as per the Assam Reorganisation (Meghalaya) Act of 1969, but has held a different interpretation of the border since.

Other Important Articles on Internal Security