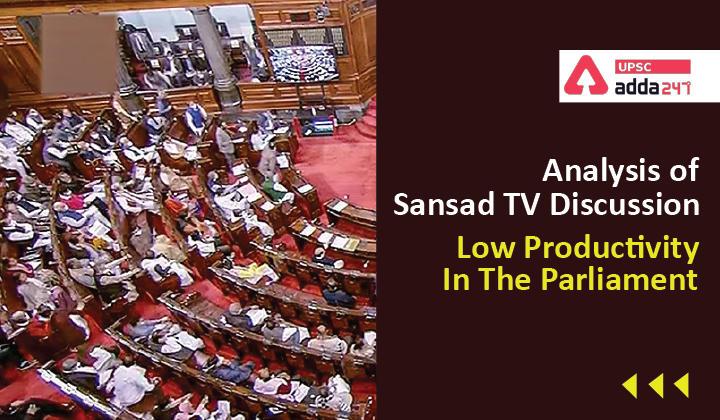 Low Productivity in some previous sessions

What work has done in this winter session?

The motion of suspension of 12 members

The motion was brought under rule 256 – which provides for suspending a member for “disregard” of the authority of the Chair or “abuse” of the rules of the Council by “persistently and willfully obstructing the business thereof.” Leaders of the 12 opposition parties unitedly condemned the suspension and termed it as “unwarranted and undemocratic” and said this was done in “violation of all the Rules of Procedure of Rajya Sabha”.

What Supreme court said about Unruly behaviour in parliament?

The Supreme Court, which was hearing pleas relating to a criminal case lodged in connection with ruckus inside Kerala Assembly in 2015 during the previous Congress-led UDF rule, said it must be ensured that decorum is maintained in the House. The Supreme Court said it has to take a “strict” view of unruly behaviour of lawmakers in Parliament and Legislative Assemblies as such incidents are “increasing nowadays” and this sort of conduct cannot be condoned. It also said that ‘’we must ensure that some decorum is maintained. These are sentinels of democracy.’’

What kind of Constitutional protection do parliamentarians get ?

Article 105(3), 194(3) of the Constitution of India confers certain privileges and immunities to the members of Parliament and state legislature with regard to happenings on the floor of the house and which are not challengeable in courts.

The very low productivity in the upper house

Why this much disruption in the house?

There is no doubt that the frequent disruptions have impacted the productivity of the temple of democracy in a very big way and the house functioned much below its potential. All the members of the parliament should collectively and individually reflect and introspect if this Session could have been different and better as ultimately it’s their responsibility towards people of this country and to run the house properly.