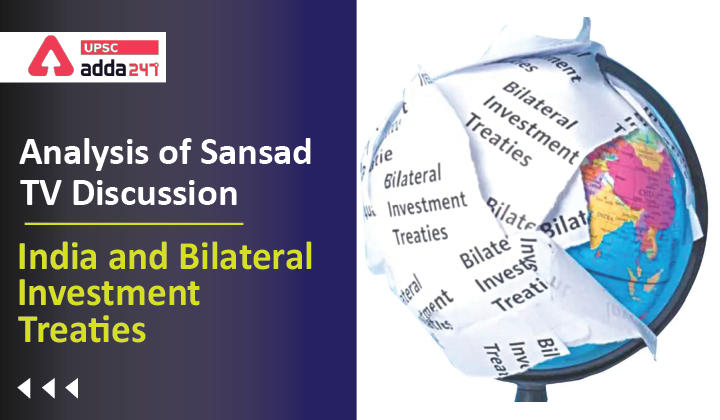 Recently the Parliamentary Standing Committee on External Affairs submitted its report on the subject ‘India and Bilateral Investment Treaties’ on September 10, 2021.

What are Bilateral Investment Treaties (BITs)?

What is the Present Status of BITs?

What are the key observations and recommendations made by the Committee?