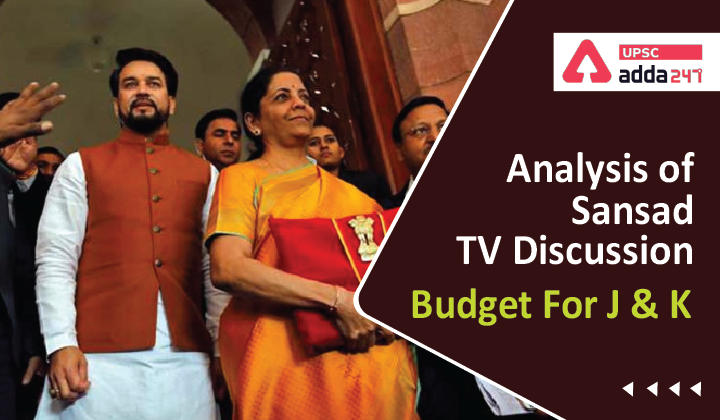 What GOI is doing for the development of J & K?

Focus on development through investment