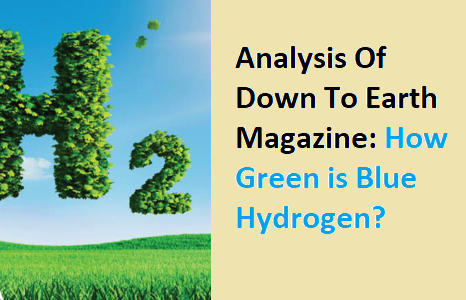 Analysis Of Down To Earth Magazine: ”How Green is Blue Hydrogen?”

Why Hydrogen is preferred?

What is wrong with Blue Hydrogen?