Skip to content
UPSC Exam   »   Analysis of Down to Earth Magazine:... 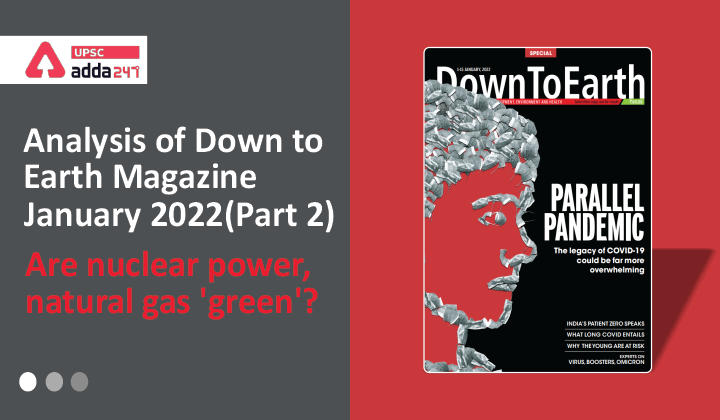 What is the controversy?

What is the EU’s Plan?

Which countries are in favour and which are against?

Nuclear power remains extremely controversial in Europe, where many are still vividly remember the fear following the 1986 nuclear accident in Chernobyl, Ukraine.  Although nuclear plants release few pollutants into the air, which have made them an option as nations around the world seek clean energy to meet climate change targets yet calling it green is not in favour of the planet considering the risks it carries for the environment.