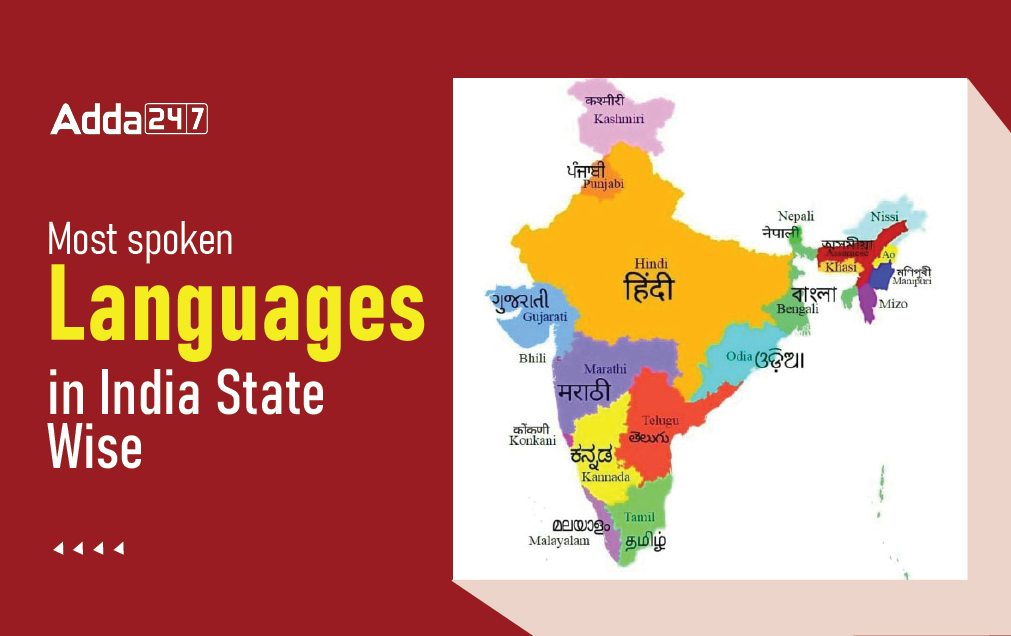 India is a land of diverse cultures, traditions, cuisines, lifestyles, fashion senses, and Languages. India is linguistically a very diverse country. There are a total of 121 languages and 240 mother tongues. It is said that a person will find a new language or dialect every 20 km. In fact, there is a proverb in India which reflects this fact very effectively- “Every two miles the water changes, every four miles the speech.” In every state, a different language is spoken. In this article, you will find a list of languages spoken in India in different states.

What is the Official Language of India?

Here is the list of the Most spoken Languages in India State Wise. you must carefully go through the following table to find the official and others languages spoken in each state in India.

What is the National Language of India?

As we have mentioned earlier, India is a linguistically rich country. In every part of the Nation, a different language is spoken, thus it was difficult to declare any single language as the National Language of India. Instead, India has two Official Languages- Hindi and English.

Note: The candidates preparing for the competitive exams, must go through the table above with utmost caution as the table mentioned the Official and Second Official Language of individual States.

Q: Which Indian language is the official language of India?

Q: What is the National Language of India?

A: India has No National Language.

Q: How many languages are listed in the Eighth Schedule to the Indian Constitution?

A: There are 22 Scheduled Languages in India as per the Eighth Schedule of the Constitution of India. These languages are Assamese, Bengali, Bodo, Dogri, Gujarati, Hindi, Kannada, Kashmiri, Konkani, Maithili, Malayalam, Manipuri, Marathi, Nepali, Odia, Punjabi, Sanskrit, Santali, Sindhi, Tamil, Telugu, And Urdu.

Q: What are the two official languages of India?

A: Hindi and English are the two Official Languages of India.