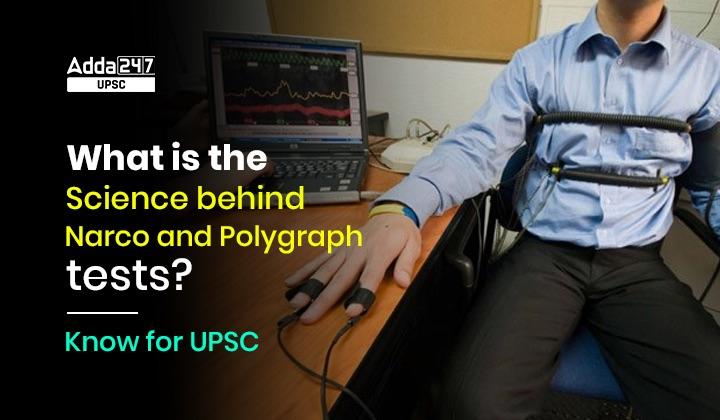 Relevance of Science behind Narco and Polygraph tests for UPSC

What is the Science behind Narco and Polygraph tests?: For UPSC CSE, it covers issues relating to development and management of Social Sector/Services relating to Health, Education, Human Resources.

What is a narco test?

What is Digital Shakti 4.0? | Key Details for UPSC

How Narco Test is performed?

What is polygraph test?

How are Polygraphy tests carried out?

How accurate Polygraphy tests are?

Q. Which drug is used during Narco Test?

Ans. A drug called sodium pentothal is injected into the body of the accused during Narco Test.

Q. Which drug is used during Polygraph Test?

Ans. A polygraph test does not involved injecting drugs into the body; rather instruments like cardio-cuffs or sensitive electrodes are attached to the suspect, and variables such as blood pressure, pulse rate, respiration, change in sweat gland activity, blood flow, etc., are measured as questions are put to them.