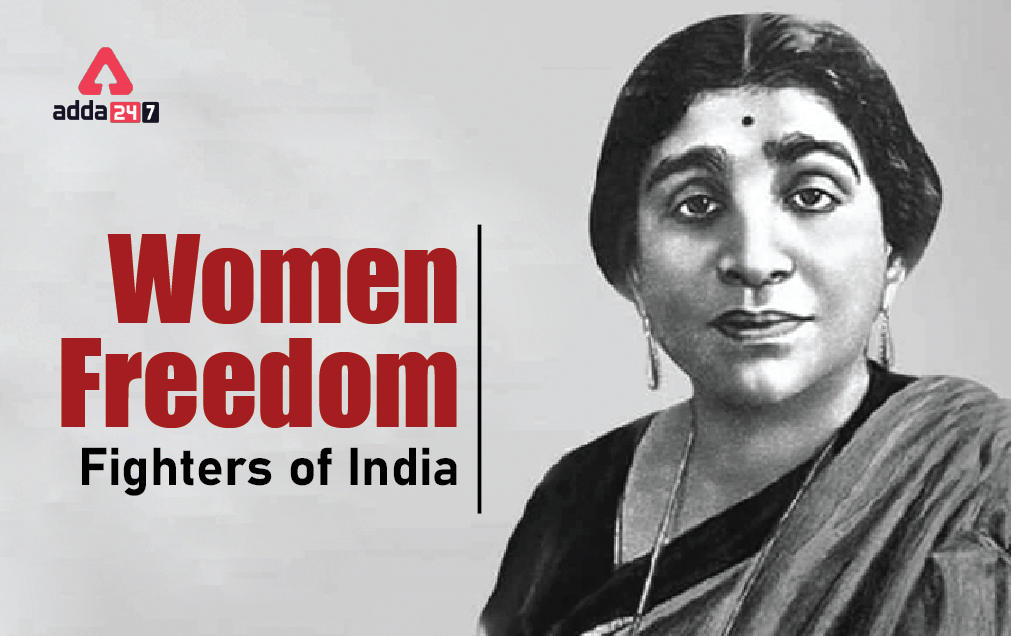 This year India completes its diamond jubilee i.e. 75th Independence. We are going to celebrate as ‘Azadi ka Amrit Mahotsav’ and it will not be complete without highlighting the contribution of  Women freedom fighters. Women’s participation in freedom struggle comes with struggle, courage and spirit. Female fighters who joined the national movement came from a different part of Society. From 1817, Women’s participation in every freedom movement with patriotism.

Here we are explaining women freedom fighters slogans which will reminds us their spirit, passion about India Independence.

“Freedom is not for the timid.”

“Freedom comes in three forms. The first is political emancipation from the conqueror, the second is economic [emancipation] and the third is social… India has only achieved the first.”

“A country’s greatness lies in its undying ideals of love and sacrifice that inspire the mothers of the race.”

“Child Marriage is eating as a canker into the vitality of our national life. Girls become mothers while they are children themselves, and bring into the world offsprings who are in the vary nature of things, the victims of disease and ill health”

“I had then decided to take up the study of law so that I could give women free legal aid and assist them to defend themselves,”

“It is a pity the new generation of political activists and leaders are paying scant respect to the Gandhian ideas, the chief among which was non-violence. If we don’t mend our ways, we may find ourselves back at square one.”

“He who is not courageous enough to take risks will accomplish nothing in life.”

“Main apni jhansi nahi doongi (I shall not surrender my Jhansi).”

“If killed on the field of battle, we shall surely earn eternal and salvation.”

“Better remain silent, better not even think, if you are not prepared to act.”

“We are free people, the white man should not rule over us.”

“We shall overcome and success will be ours in the future. The future belongs to us.”

“Why should I pay you tax (Nimageke kodabeku kappa)? Are you my brother, sister, relative or a friend?”

“March Forward: We are for India; India is for Indians.”

“Whenever you have truth it must given with love, or the message and the messenger will be rejected.”

A society or nation can never develop and prosper without the contribution of women. It is a fact because statistically women constitute half of the population in any country or the world (for that matter). India has been home to courageous, free-spirited and intelligent women since its historical inception. During the long struggle for independence in India, women from all walks of life came forward with a pen or sword to help India break the shackle of oppressive British rule. Then ideas inflamed the people of India to join the freedom and their courage instilled hope and faith in the hearts of people that Swaraj will come to them one day.