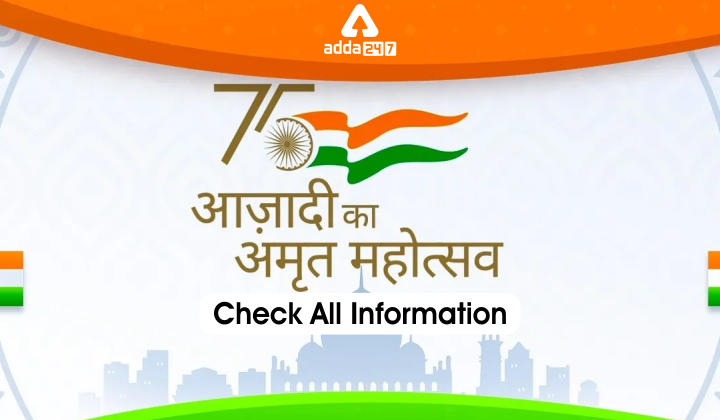 The Azadi Ka Amrit Mahotsav is celebrating the spirit and potential of the people of India who have been a constant source of contribution to the success and growth of the country. It is also celebrating the people who will be instrumental in releasing the vision of India 2.0 propelled by the idea of Atmanirbhar Bharat. It is Prime Minister Narender Modi’s vision to make India self-reliant India through focusing on the initiatives like ‘Make in India’, ‘Skill India’ and many more.

This theme of Azadi Ka Amrit Mahotsav is revolving around the lives and stories of the unsung heroes of the freedom struggle of India whose sacrifices made freedom a reality. Some of the events and programmes included Shaheed Diwas, Birsa Munda Jayanti, and the Declaration of Provisional Government Free India by Netaji.

The programs and events for this theme were inspired by the ideas and ideals of the people of India that have shaped India. These Ideas are set to guide India through the Amrit Kaal of 25 years between India@75 and India@100.

The theme focuses on strengthening the idea of commitment in a collective manner. The commitment toward specific goals and targets will shape the future and destiny of India. During the Amrit Kaal, the contribution and actions of the people of India as an individual, groups, civil society, institutions of governance and so on will lead India to new heights.

Under this theme, all the initiatives have been included that have been taken to strengthen India’s position in the new emerging world post-pandemic. The policies and fulfilled commitments have been highlighted that have helped withstand the blow of the pandemic that brought the world to a standstill. It includes all the initiatives, schemes, policies, and action plans taken by the government along with the civil society, individuals, businesses, NGOs and others that collectively helped to engineer a better tomorrow.

This theme highlighted the milestones achieved in various sectors that contributed to the growth of India through the passage of time. This theme of Azadi Ka Amrit Mahotsav reflects upon the collective achievements, accolades, and accomplishments through the 75 years of Independence with a heritage of 5000+ years of ancient history. Some of the major events under this theme were Swarnim Vijay Varsh dedicated to the victory of 1971, the launch of Shreshtha Yojana during Mahaparinirvan Diwas etc.

Here is the list of Activities that have been conducted through these 75 weeks of Azadi ka Amrit Mahotsav.

this scheme focus on encouraging and nurturing young minds to think and express with efficiency and embrace leadership roles in future. To achieve this goal, a national scheme YUVA: Prime Minister’s Scheme for Mentoring Young Authors was launched under the Azadi ka Amrit Mahotsav. The scheme focused on creating a pool of young writers and authors under the age of 30. The young author was mentored to help them hone their writing skill in various genres like fiction, non-fiction, drama, travelogues, poetry, memoir and so on.

The Department of Drinking Water and Sanitation (DDWS), Ministry of Jal Shakti, Government of India initiated the Swachhata Filmon ka Amrit Mahotsav. It was a national short film competition with two themes- (1) Thematic Category i.e. based on six components of the Swachh Bharat Mission Phase 2, or ODF Plus. And (2) Geographic Category i.e. focused on a geographic terrain. In this category, the film should capture holistic Swachhata messages or provide innovative solutions related to solid and/ or liquid waste management (SLWM) in rural areas.

Central Public Works Department under the aegis of the Ministry of Housing and Urban Affairs called for entries for the Design Competition of Iconic Structure in Nav Bharat Udyan. Under this competition, the participants were to submit a conceptual architectural and structural design for the Nav Bharat Udyan which is to be located on the western bank of the river Yamuna in the National Capital Territory of India.

Azadi ka Amrit Mahotsav Drawing Competition was announced by the  Directorate of Publications Division of the Ministry of Information and Broadcasting (MIB), Government of India. Children aged 7-11 years and 12-15 years of age were asked to participate in the competition. They were required to Draw their Favourite Freedom Hero on a sheet of A4 size paper. More than 4000 submissions were received for this competition.

To celebrate the Azadi ka Amrit Mahotsav, the Ministry of Education (MoE), the Government of India announced an Online Creative Writing Competition. The objective of the Azadi ka Amrit Mahotsav Essay in English or Hindi Competition was to encourage students to pen down their ideas related to themes and topics for the competition. Following are topics/themes on which the students were required to write an essay (1500 words), poetry (4 Stanzas for Class 6-8 & 6-8 Stanzas for Class 9-12), and Script for Role play/act play (Maximum 15 Minutes), the Life story of a famous personality associated with Indian Freedom Struggle (1500 characters) or Upload an image of hand-drawn Poster/Sketch; Freedom fighter of their choice/ Event of your choice.

The Ministry of Culture invited submissions from the citizen of India from all walks of life for the Azadi ka Amrit Mahotsav Logo Design Contest. The Logo Design Contest was launched to Celebrate the 75th year of India’s Independence. As India is celebrating is going to celebrate its 75th Independence Day on 15th August 2022, the Government of India will release a suitable logo to commemorate the momentous occasion. The citizens of India were required to submit a suitable logo: it could be drawn on paper from any art medium or on a digital platform.

List of Other Competitions of Azadi ka Amrit Mahotsav

Check out the list of other events that had been launched and completed during these 75 weeks of Azadi ka Amrit Mahotsav.

Kendriya Vidyalaya Sangathan has launched the ‘Har Ghar Tiranga’ campaign under the Azadi ka Amrit Mahotsav. All the students, their parents and the staff of KVS are encouraged to hoist the Indian National Flag from 11th to 15th August 2022 where each day will be dedicated to each aspect of the Tiranga.

The Government has released guidelines to hoist the National Flag with proper dignity and abide by the Flag Code of India 2002.