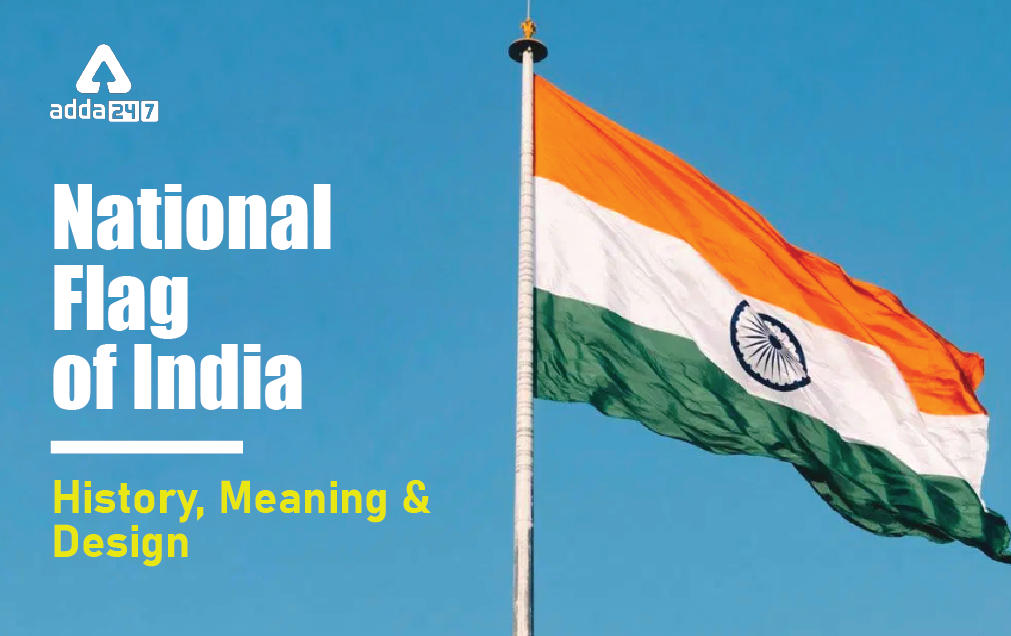 The National Flag of India: The National Flag of India has a horizontal tricolor of deep saffron at the top, white in the middle and dark green in the bottom in equal proportion. In the centre of the white band is a navy blue circle with 24 spokes which represents a chakra. The Indian tricolor has great significance in terms of history and cultural connotations attached to it. It is a symbol of freedom.

The flag came into being on the 22nd of July 1947 and is known as the Indian tricolor. For many years even before independence, a flag of similar nature was being used. And the three colors were prominent in the various designs that were proposed as well as the ones that came into being used as part of the freedom struggle. It’s not just a mere simple piece of cloth that we salute on every occasion of National interest like Republic Day or Independence Day.

National Flag of India and Its Symbolism

The flag is symbolic of valor, prosperity, peace, and progress, which is depicted in the three colors and the Ashok chakra in the middle. It was designed by Pingali Venkayya and is the country’s pride ever since. It is made of Khadi, which is a handspun cloth to celebrate the Indian weavers, and Gandhiji wanted to popularise the usage of this cloth and to make the people of India self-reliant.

National Flag of India and Its History

During the British regime, the British flag was flown from all headquartered cities in India. This generated a further urge to get back our land from the clutches of foreigners and establish our own sovereign nation with its own flag.

Several flags were used before independence, and they contained more of the ruling country and very less of the country they occupied. None of the flags did true justice to the land until our very own tricolor came into being. It gave the people pride to have their own flag and be able to defend the pride of the nation by keeping the flag always flying high. Every independent country having a flag of their own has representation in any forum through their flag, be it be a world body, sporting event, or any other platform. The flag showcases the country it represents by the colors and symbols on it.

There is a specific flag code laid out for hoisting, de-hoisting, and storing the flag when not in use. The flags cannot be used by private citizens other than in the independence and republic days, through recent amendments allowing for a little more freedom of usage subject to protocols.

National Flag of India & Its Design

The National flag of India is a horizontal tricolor flag with saffron (Kesari) color at the top, white in the middle and dark green at the bottom in equal proportion. The ratio of the width of the flag to the length of the flag is 2:3.In the center of the white band is a navy-blue wheel that represents the chakra. Its design resembles that of the wheel on the abacus of the Sarnath Lion Capital of Ashoka. The diameter of the Ashoka Chakra diameter approximates to the width of the white band and it has 24 spokes.

The wheel symbolized progress and dharma. It is the protector of the truth and guided by the law of the land.

The weaving of the flag doesn’t conform to the conventional khadi weaving, and only some specialists are skilled in doing the particular weaving required to spin khadi for the flag. As of today, only a handful of weavers can deliver a particular quality that can be used to make the Indian tricolor.

The code suggests that there has to be no improper usage of the flag, prevention of insults, etc. punishable by law with both fines and imprisonment of three years.

National Flag of India: The Dos:

National Flag of India: The Don’ts

How to Fold the National Flag of India? 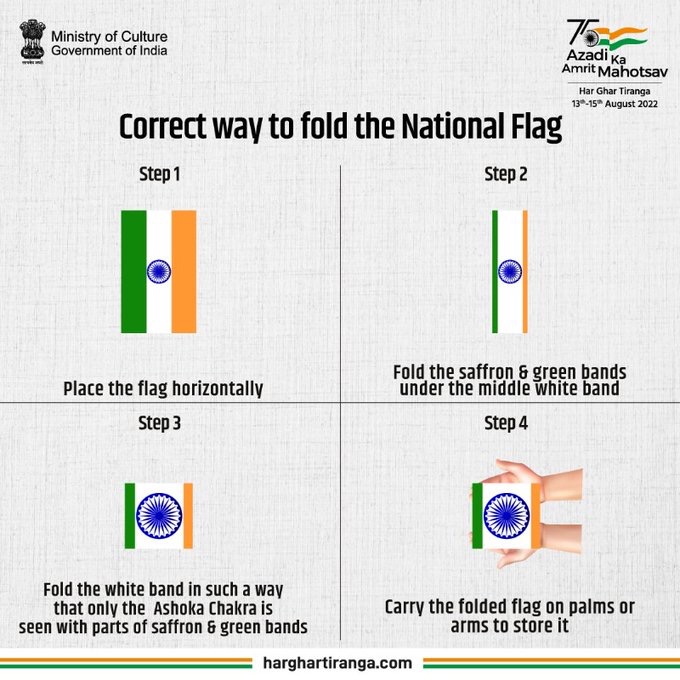